Unlike Warsaw, Krakow was not bombed extensively during the Second World War leaving the historic sites mostly intact. The first capital of Poland has a grit and charm that is inviting. A short visit did not allow enough time to experience all of the wonders of this southern Polish city. The Wawel Castle and Old Town have so much to offer as does the Kazimierz section (Jewish Quarter). Delicious foods, amazing street art and lots of history, all walkable and the Vistula River view to add to the mix.

Not surprisingly, there are many legends that add to the rich history of a city that dates back to the 4th Century. Legend attributes the early settlement was built above a ravenous dragon’s cave (Smok Wawelskie is the name of the dragon) by the ruler Krakus. A walk along the river below the castle brings you to a sculpture of this famous dragon which actually breathes fire (every ten minutes). First legend…Krakus was a fair and approachable leader and his kingdom was mostly pleased with the city except that a dragon lived under the castle and was eating all the sheep, cattle and virgins in the area. After much discussion, the king offered his daughter’s hand in marriage to whomever could kill the dragon. A young cobbler came up with a plan to kill the dragon. He filled a slaughtered sheep with sulfur and placed it outside the dragon’s lair. The dragon awoke to see and then eat the sheep. The dragon became thirsty and drank so much water from the river that it exploded in flame and perished. For some reason, the moral of the story is to not drink too much water; vodka is better and all dragons breathe fire because of this dragon. 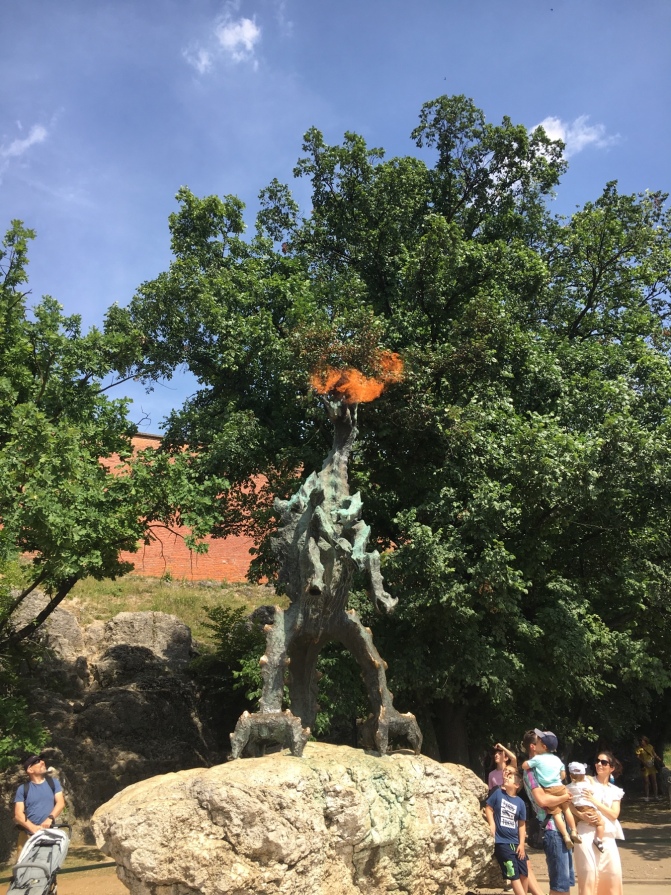 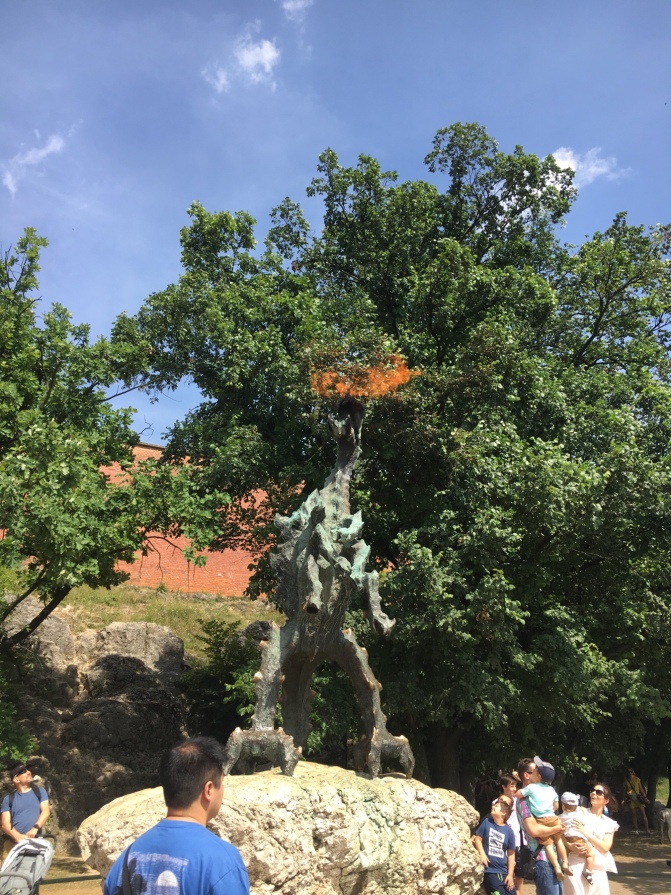 From the dragon’s lair it is a short climb up the hill to the Wawel Castle. The gardens and the grounds are beautiful. There are several great views of Krakow from the vantage point of the highest hill in the area. Standing in the castle courtyard it is clear to see each monarch’s architectural updates to repair or add to the castle structures. There is a museum inside the building with royal artifacts. The Cathedral, also in the castle, has many clashing architectural styles which make the outside look like there was an indecisive architect. A wedding party was entering the building and I was unable to see the inside of the cathedral; I am sure it is magnificent. 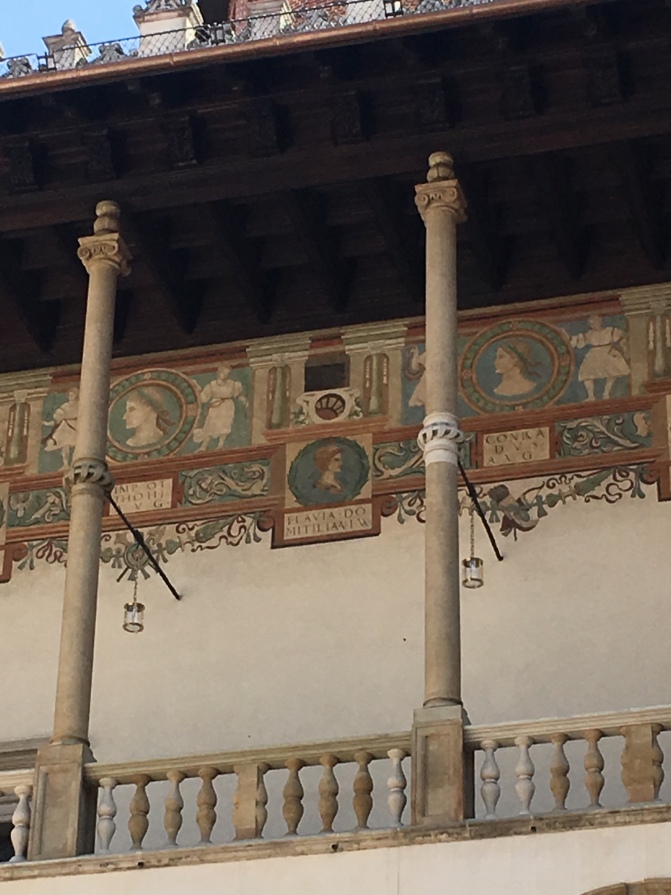 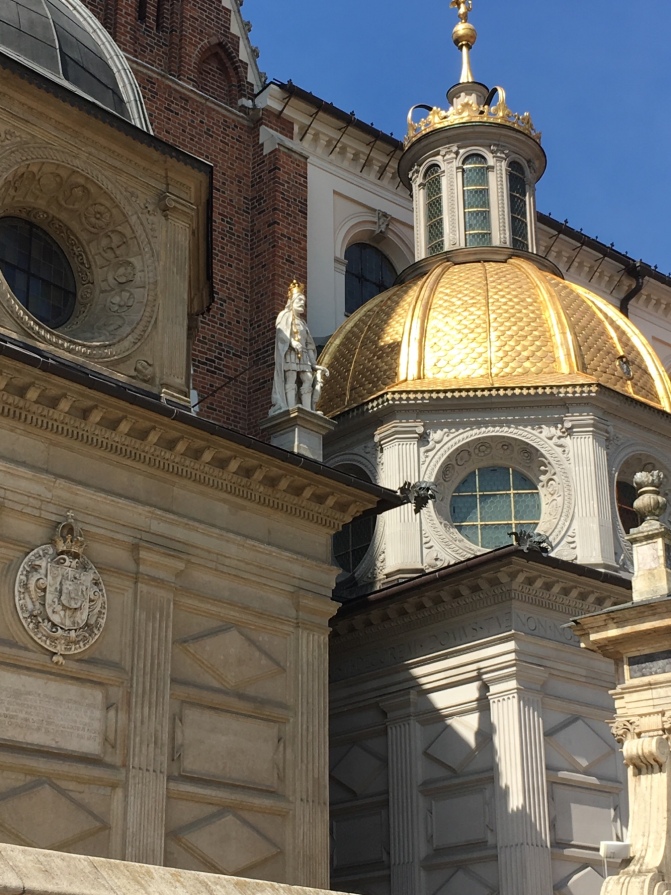 Down the hill and across the street from the back of the castle is where the Old Town of Krakow begins. There are winding streets filled with many churches, shops and restaurants. The Market Square is massive and is filled with protestors, vendors, shoppers and tourists. The market building was once a place for merchants to store their goods, today it is filled with souvenir shops.

Adjacent to the Market Square is the 14th century basilica St Mary’s, a great representation of Polish gothic architecture. It has two different size and designed towers. From the taller tower a trumpeter plays a melody four times at the beginning of each hour of the day. He plays first facing toward the castle, then towards the town’s people, then toward the merchants and finally to the visitors. There are seven trumpeters each has a 24 hour shift playing the same tune 96 times before going home. There is an American children’s book written in 1929 about the trumpeter which helps propagate several legends about the melody that the trumpeter plays and about the two different towers, I will spare you.

At the other end of the Market Square is the town hall tower; this original building is what remains of a complex of government and church structures. The first floor of the building has housed a pub from the 13th Century. Originally, the pub was divided in half by a windowed wall; half the room the pub, the other half was a torture chamber, Cheers! Today, the pub is still a functioning but in place of the torture chamber is a theater. The cellar pub along with most of the pubs in the old city are about 20 feet below ground. This is actually the original level of Krakow. Over the years, instead of repairing the muddy roads, sand and a new layer of road was added. Three hundred years later, the city is twenty feet higher and it is necessary to walk down to the original ground floor rooms. 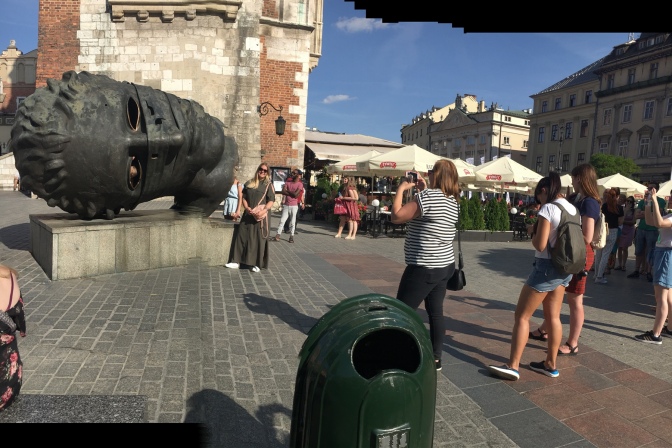 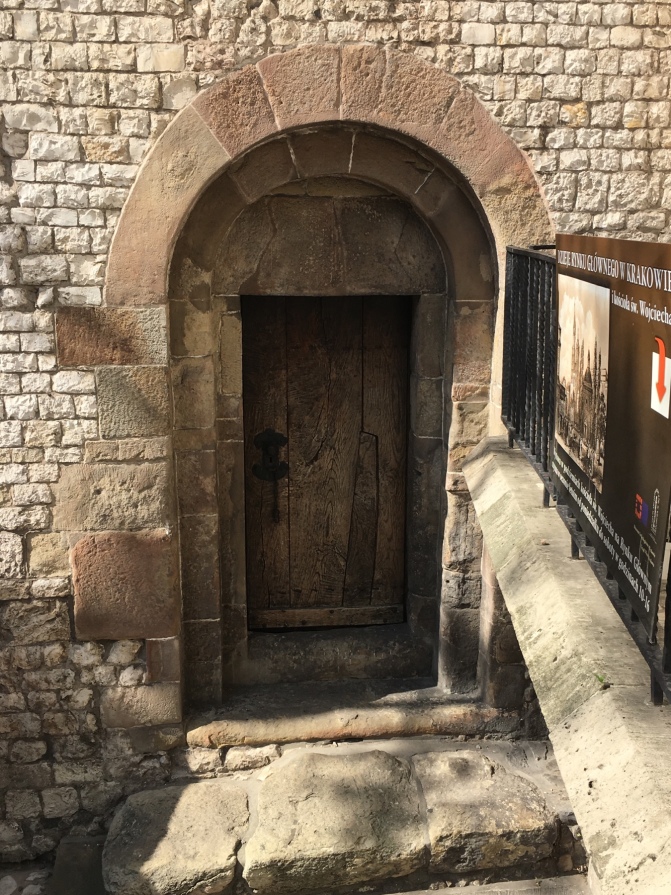 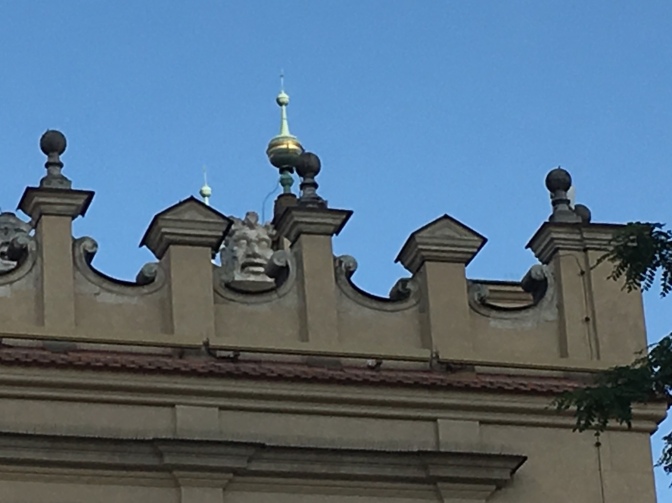 An easy fifteen minute walk south of the old city brings you to Kazimierz, the Jewish Quarter of Krakow. Kazimierz has been an important center of culture and business in Krakow for centuries. Although the Jewish inhabitants were forcibly relocated by the Nazis in 1941 to Podgorze, the ghetto across the river, the Jewish history and spirit can not be erased and today, Jewish life is once again thriving in Kazimierz. There is now a beautiful JCC offering programs for holocaust survivors and all members of the community. It is also a visitor center for Jews on their way through town. 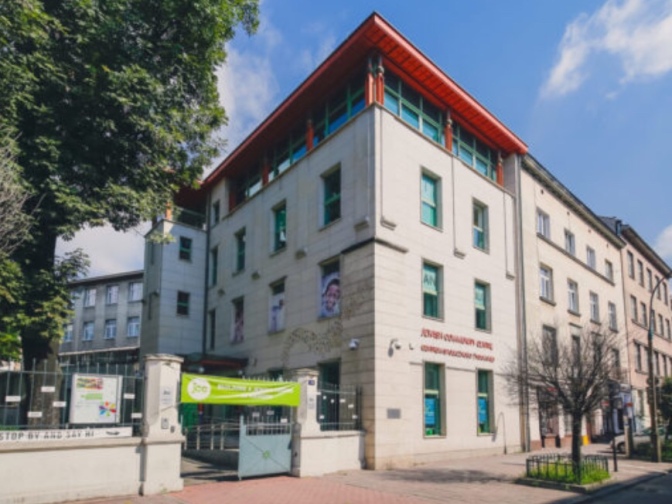 Kazimierz has a hip and trendy vibe offering great food and street art intermingled with the history of the seven synagogues and Jewish culture. There is also a daily market that offers the most amazing fruits, vegetables and local crafts.           It is my understanding that Poland is the largest supplier of fruits and vegetables for Europe. Summer fruits tasted sweet, vegetables had amazing flavor and there were plenty of potatoes for pierogi, salad, soups and even vodka.   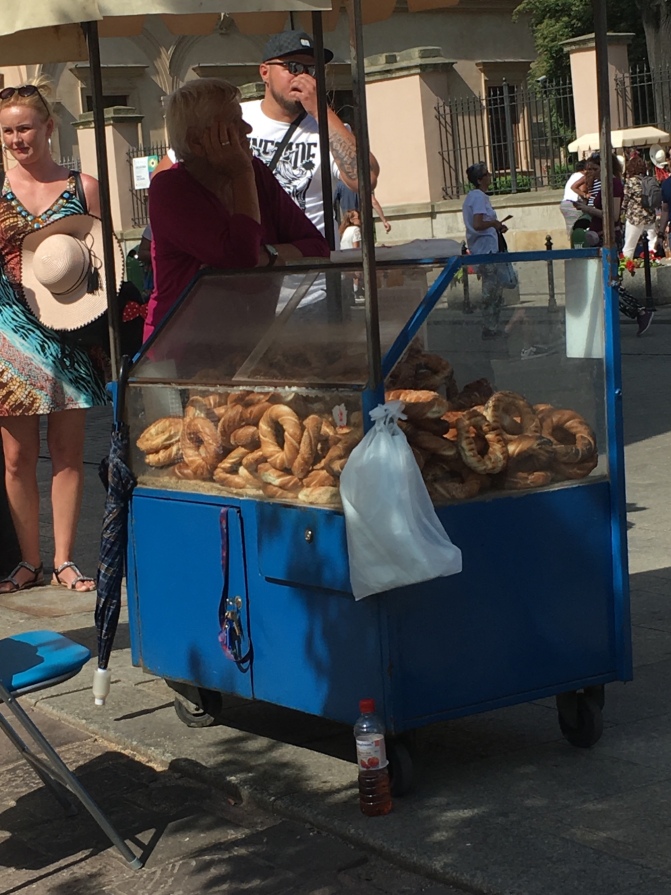 This is a vibrant city with a spirit of acceptance and understanding. Intellectual and hip, it offers something for everyone.

Approximately two hours from the center of Krakow is the important yet horrific reminder of just how evil people can be. More people were systematically murdered at Auschwitz-Birkenau than at any other time in history. Originally a Polish army base, the Nazis converted the buildings into a work camp for thousands of Polish dissidents, gypsies and Jewish people. The two concentration and extermination camps, about two miles apart, the Nazis were killing approximately 1,500 people per day from 1942-45. The grounds are now a museum and bus loads of people arrive to witness the unthinkable. In one of the buildings there is a room that has a book with the six million names of those who perished. It puts into perspective how large that number really is.

Seeing the train tracks that lead directly into Birkenau, the cattle car with no windows, the stables converted to sleeping barracks all confirm the heinous activities that took place here. The vastness of the camp is made excruciatingly clear by seeing the burnt foundations of the buildings stretching to the edge of the forest. At the site of the ruins of the destroyed crematorium and gas chambers that the Nazis left behind, a survivor spoke about his family and how important it is to witness what can happen. Education, empathy and awareness can combat antisemitism and racism. 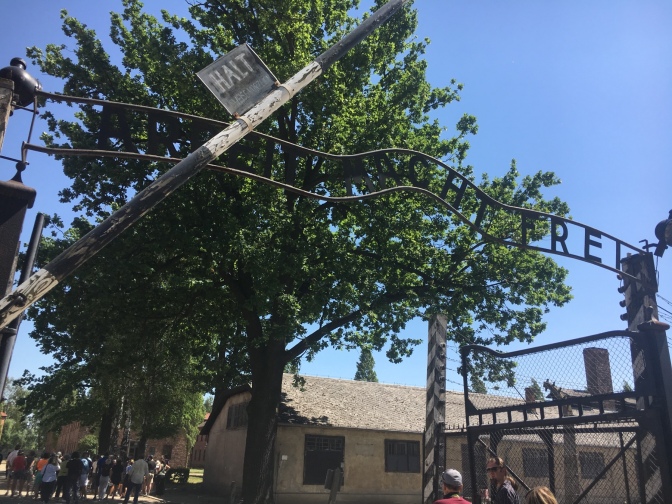 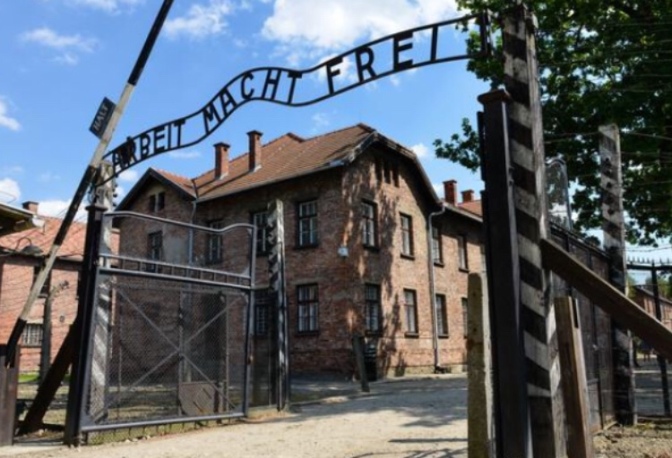 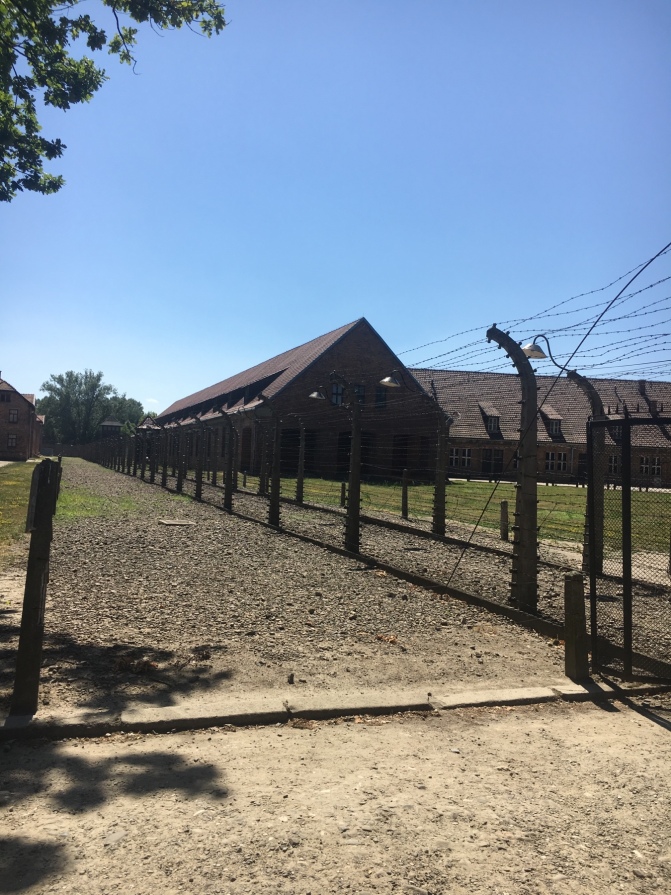 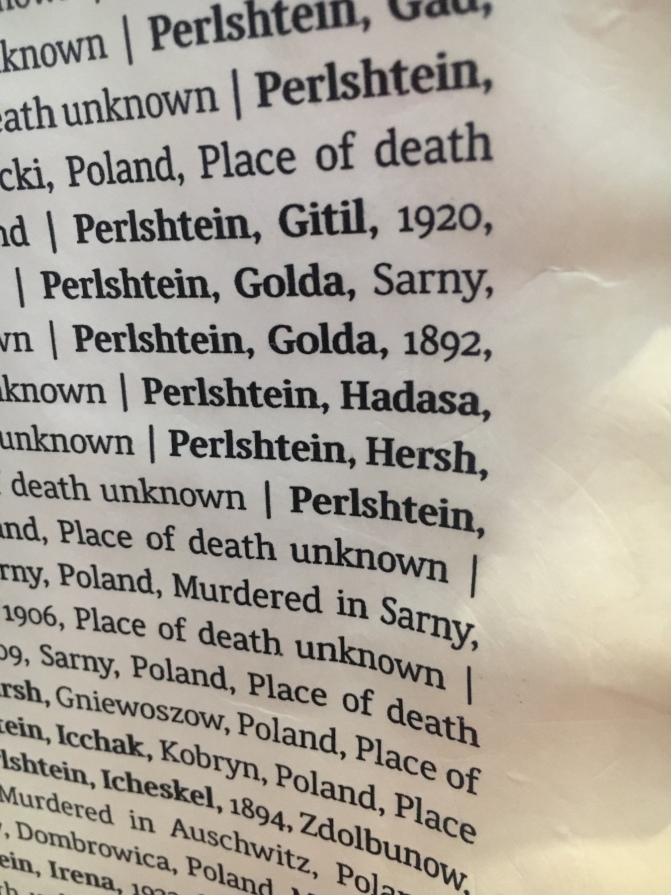 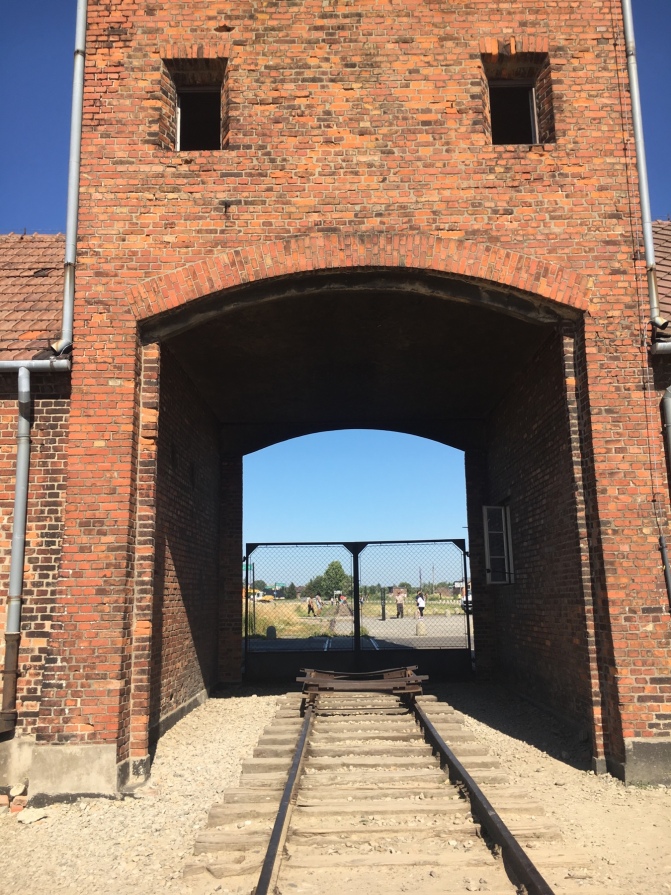 Photographs are powerful and meaningful but the full depth of the horror can only be felt in person looking at rooms full of shoes and hair and prosthetics and listening and comprehending personal accounts after seeing acres and acres of barracks. We must never forget and never let this happen again.

One thought on “Visiting Krakow and Auschwitz-Birkenau”