Mount Etna, an active volcano with more than 300 craters, occupies almost a third of the northeast corner of Sicily. The mountain has been in our sites from a sort-of safe distance (nowhere is really safe) for the past week or so and we planned a hike on the north side of Europe’s largest volcano. Sicily Life organized a tour that brought us into the national park and drove us to the Silvestri Craters, which are at 7,000 feet above sea level. Here, we climbed up and around several trails giving us great views of past lava flows and deep craters. In the winter months, this area is used for skiing and snowboarding with the craters acting as natural half-pipes. There are trails and a cable car that climbs another 2,000 feet for longer ski trails and a closer look vDWat the top of the volcano. The weather was incredibly foggy when we were there and we opted to entertain ourselves hiking around the 7,000 foot mark.

Something we had not expected were an amazing amount of ladybugs both flying and hanging out on the rocks; we could find no reason or explanation for their appearance. The lava rocks are deceivingly light in weight and also filled with with color: the black and gray are the lava, the red is iron, the white is sodium sulphate and the yellow is sulfur. The ground was warm to the touch beneath our feet. It is an amazing experience walking on thousands of years of volcanic ash in a landscape that feels other-worldly. 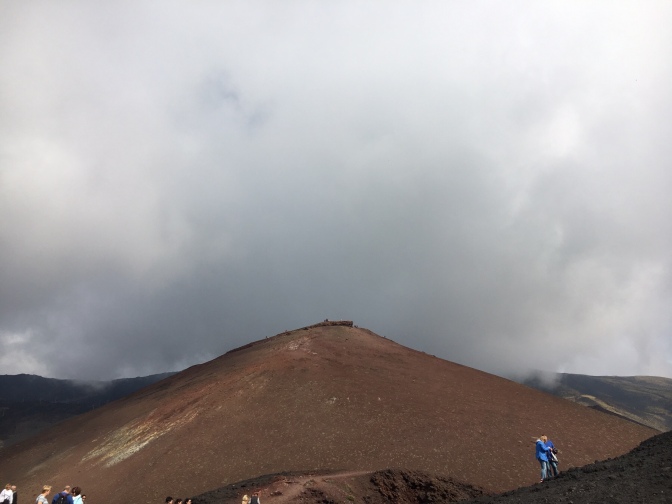 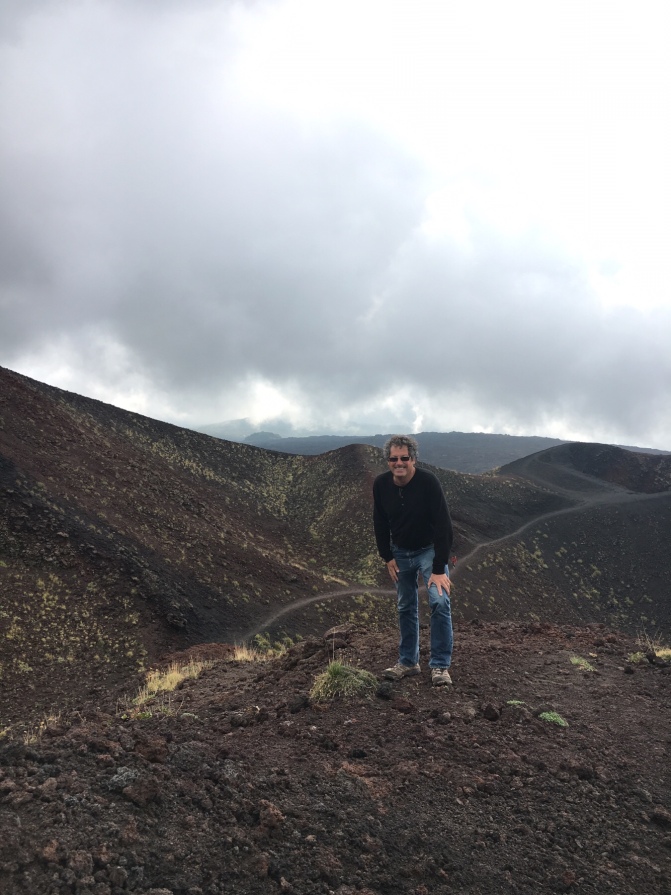 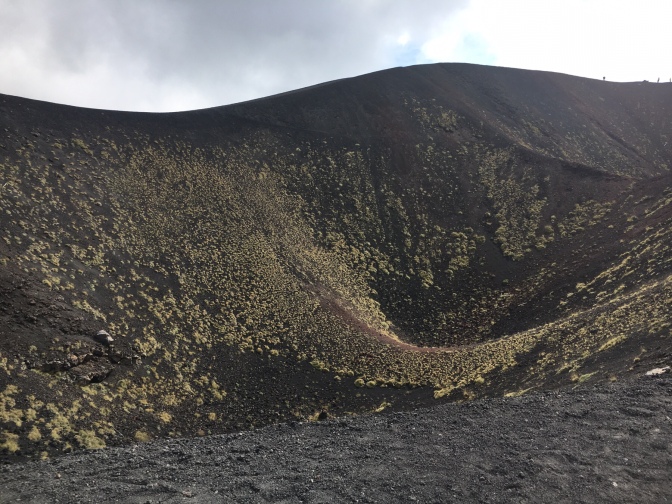 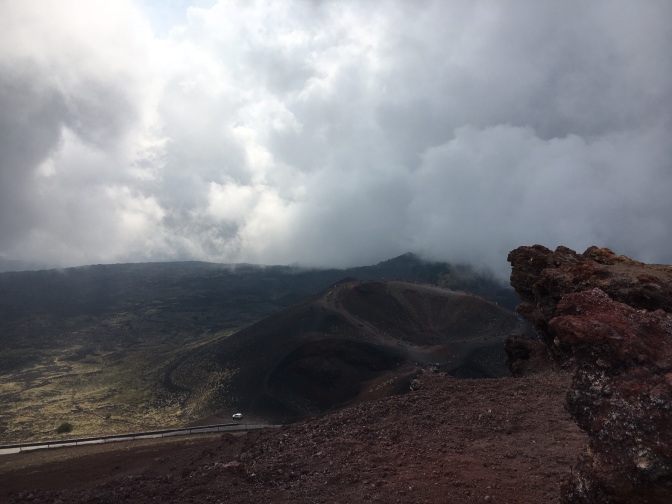 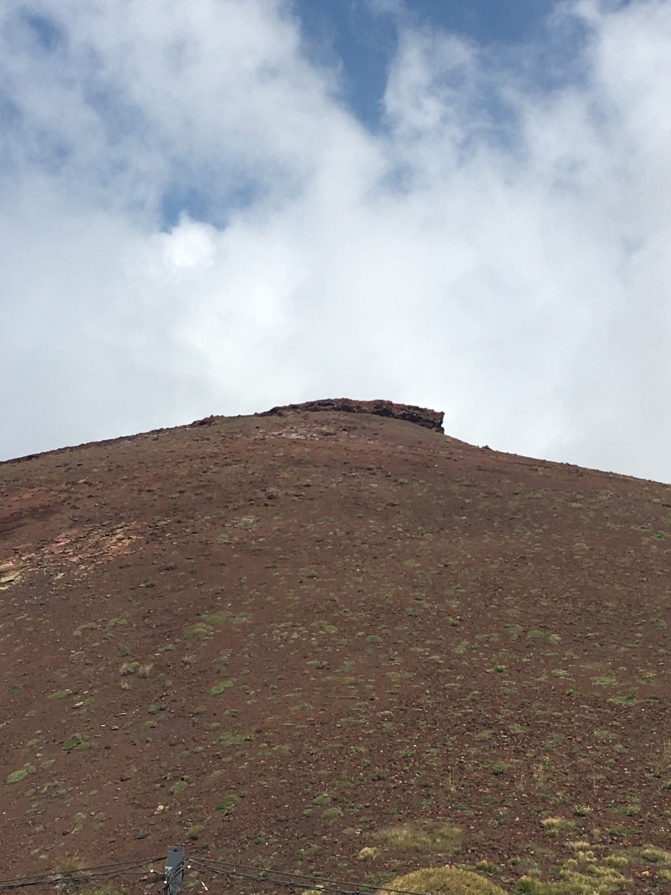 After our hike we stopped at a honey farm and watched bees hard at work. We tasted several varieties of honey as well as a very interesting grape called uva fragola; it both smelled and tasted like strawberries. After, we headed to the Gambino vineyards for a delicious lunch and wine tasting. The location has stunning views of the grapes, mountains, and on a clear day, the sea outside. A view of their pressing and bottling operations is viewable below your feet inside. 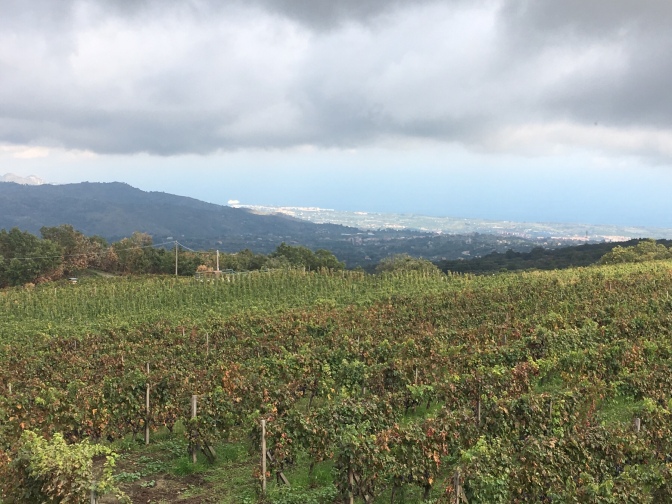 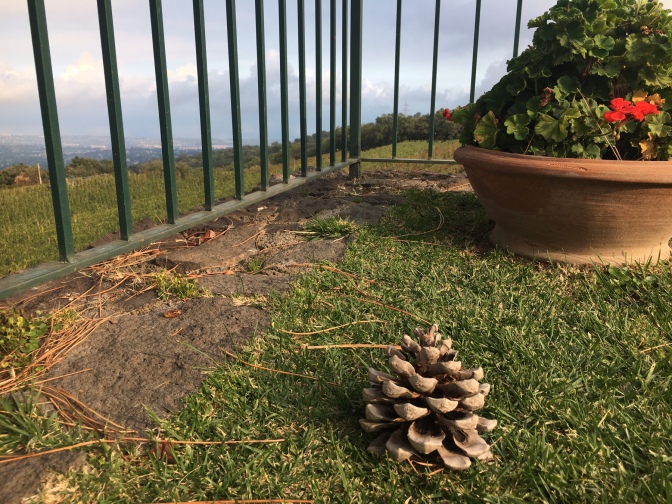 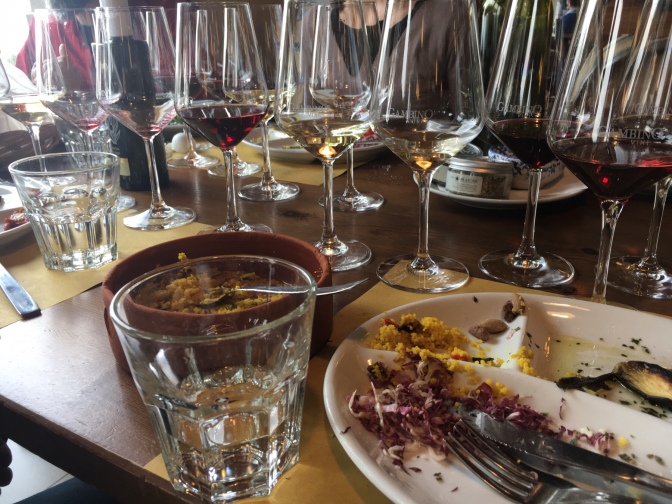 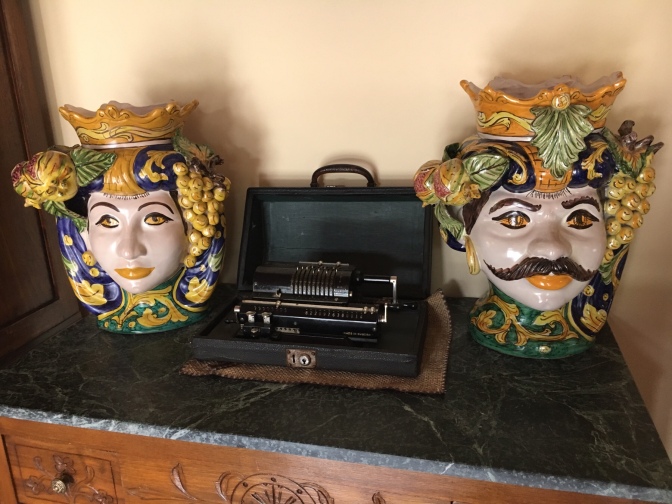 The final stop of our day was at Giardini Naxos, where the Greeks came ashore in 734 BC. It is a small seaside community with a lava flow that extends into the sea; a reminder that Etna has a long reach. 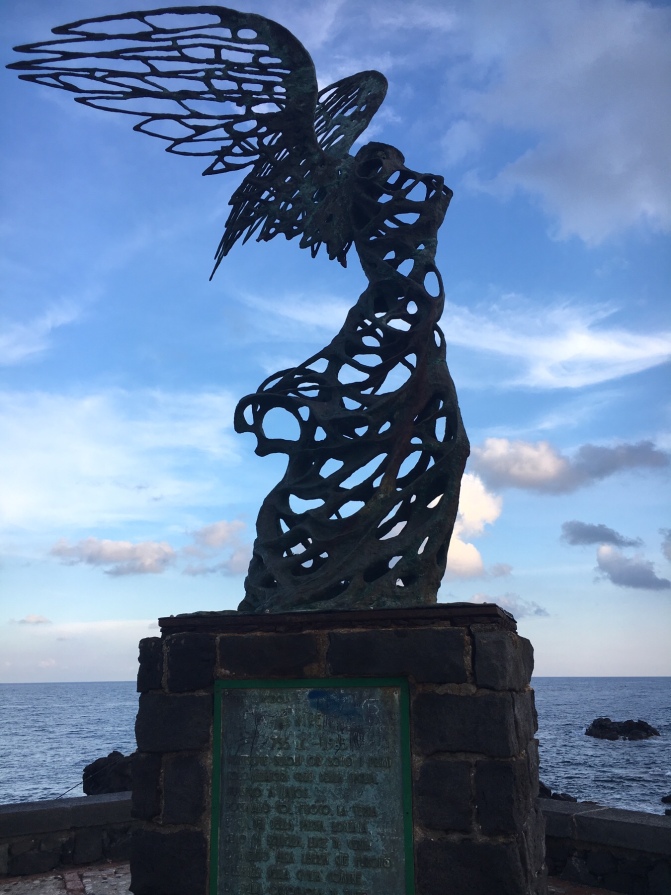 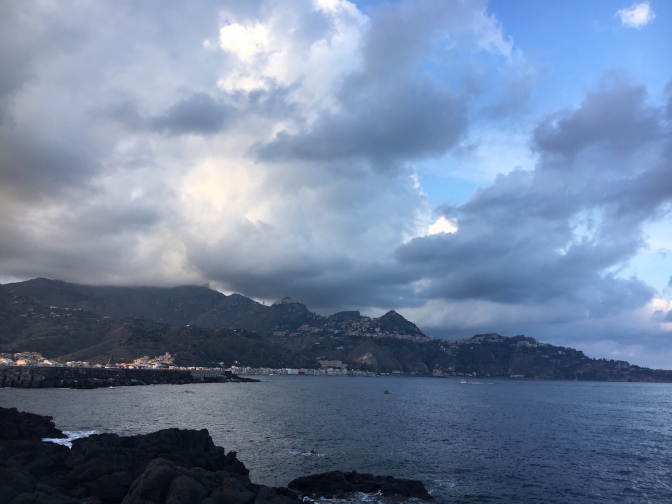 Mount Etna’s rich history and mineral-filled soil filled our day with fun, history and great food and wine. We are hopeful there will only be eruptions of joy from our terrific outing.

Leave a Reply to The Kancamagus Kid Cancel reply