The Black Hills of South Dakota take their name from the illusion of darkness and density that the Ponderosa Pines create when viewed from a distance. Many prospectors believed there was lots of gold in those hills and the gold rush was on. The late 1800s drew many people to the South Dakota including New York attorney Charles Rushmore. He arrived in the Black Hills to inspect mining claims and he got a mountain named after himself. A few years later, Gutzon Borglum, a famous portrait sculptor from Idaho, was asked to carve a memorial in the Black Hills. He chose the site of Mount Rushmore for its size, the type of granite and its orientation to the morning sun. The government matched funds raised and the carving began in the early 1930s (wages were about $8 per day). All four heads were finished by 1942 (the US was getting involved in WWII and pulled all funding). A viewing deck, flag avenue and an amphitheater were built for the 50th anniversary in 1992. 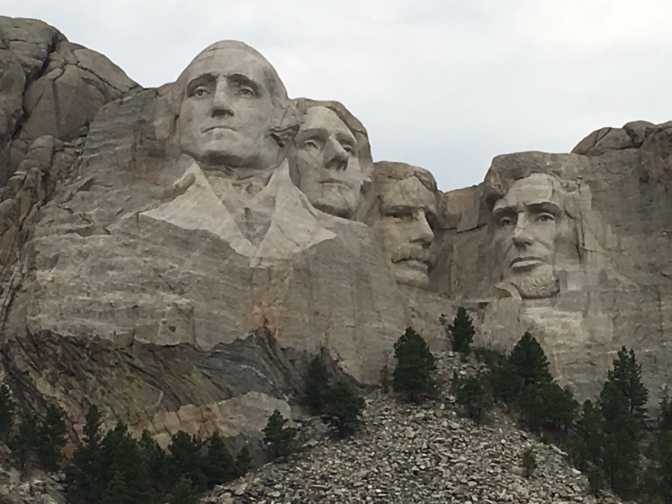 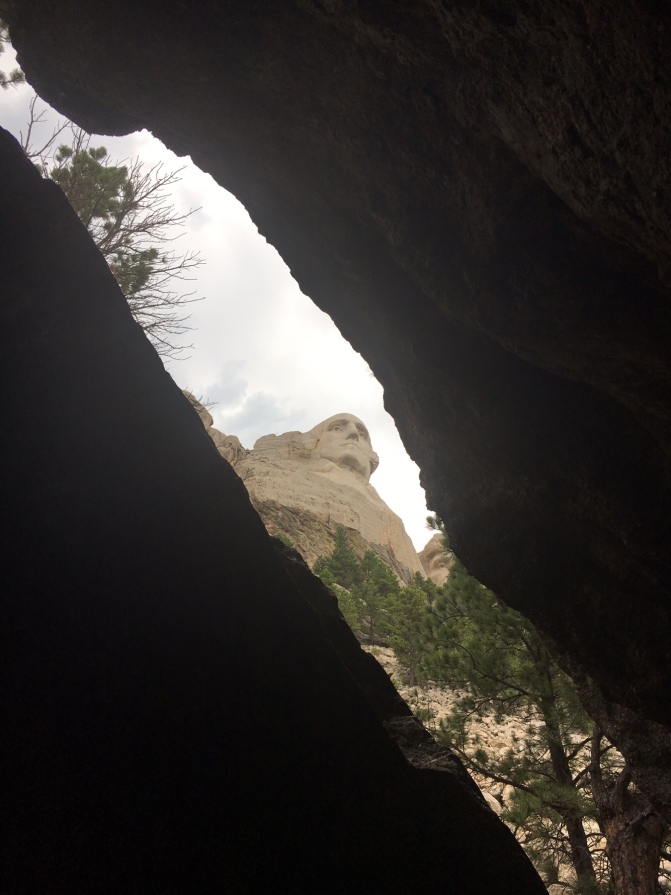 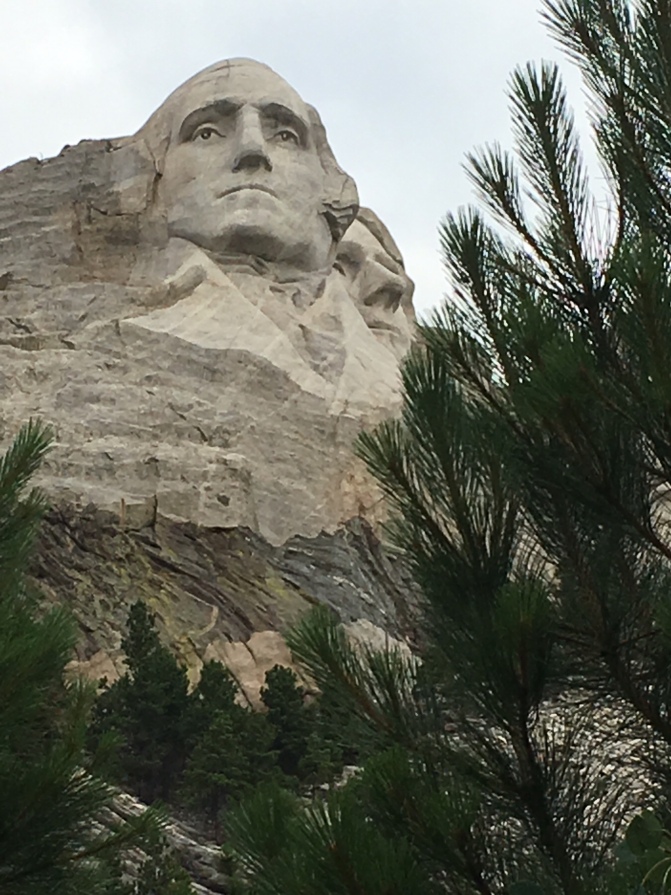 George was the first, Thomas wrote the Declaration and bought the Louisiana Purchase, Teddy championed conservation and Abraham restored the Union. These were the basic reasons why they’re the four Presidents memorialized.

Through a ranger quizzing children, I learned that all but one American state flag is a rectangle. Did you know that the Ohio flag has a swallow tail-shaped flag?

After a walk on the Presidential Trail to bring us a little closer to the big heads and a few different viewing angles, we drove to Custer State Park. The road to the park was through the Black Hills National Forest. As we wound around mountains and through tiny tunnels blasted out of stone, we stopped at an amazing somewhat unknown view of Rushmore.

Once inside Custer State Park, we rode the nature loop. We expected to see herds of bison and loads of burro, descendants of gold rush burros, along with elk and other area wildlife. Most of the animals must have been on their summer vacations. We did see a few bison and deer.

The Needles Highway takes you past rock spires that look like sewing needles with skinny slits in the stone for giant thread.We drove through a needle tunnel too. 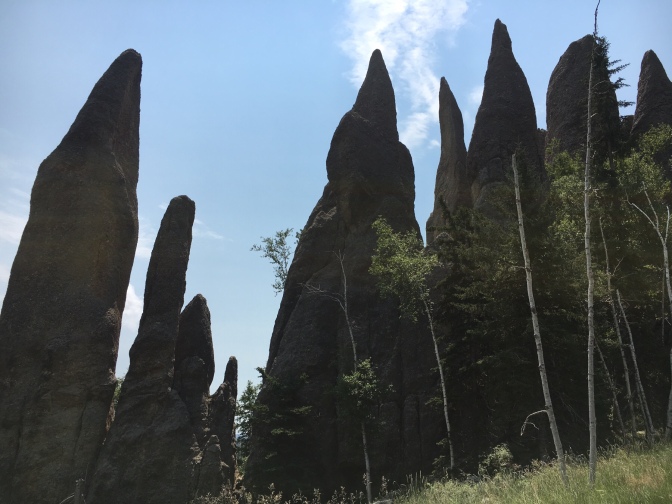 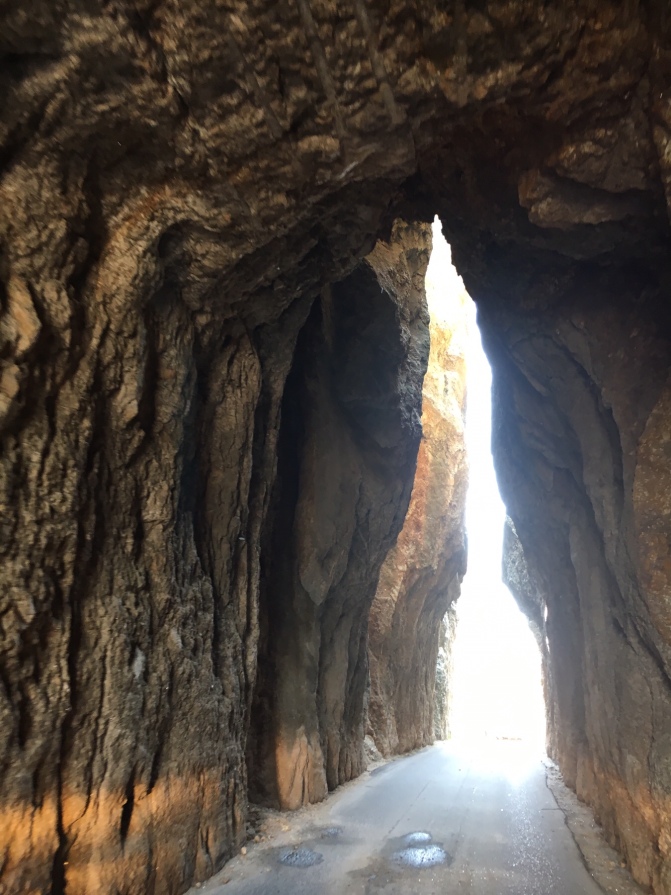 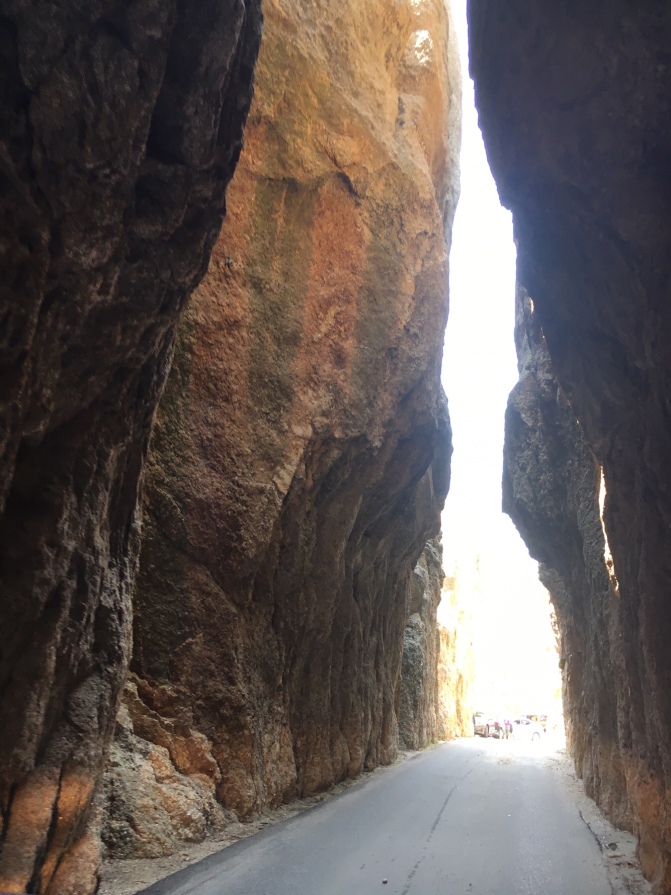 The other side of the tunnel opens to a small recreational lake (Lake Sylvan) surrounded by more rocks. This landscape reminded me of scenes from Planet of the Apes. We took a nice walk around the lake and veered off onto another longer walk with more rocks. 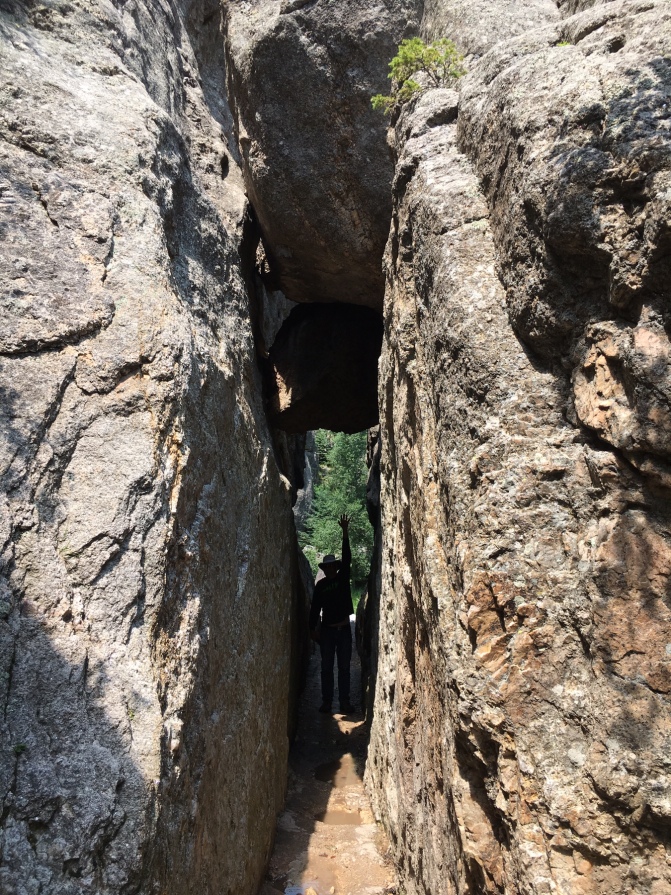 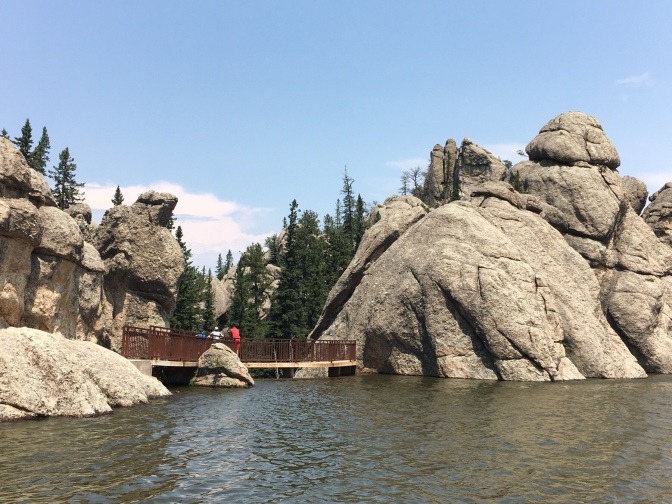 To close out our time in Custer we had a delicious dinner at a local restaurant, the Sage Creek Grille. I even remembered to photograph the walnut blue cheese bruschetta and the Bison tenderloin. The other dishes and dessert disappeared too quickly, just like our time in Custer. 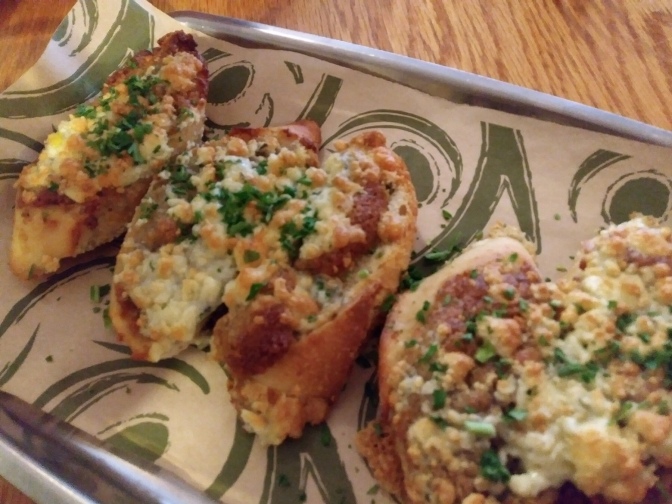