According to the U.S. Board of Geographic Names, there are at least one hundred named mountain ranges in Montana. Our first stop was in south western Montana a little southeast of Bozeman. We hiked in the Hyalite Canyon near the Bridger Mountains which are a sub range of the Rockies. Our hike began near a beautiful reservoir and continued up to Paradise Falls. It was an easy walk and was stunning to see the eighty foot drop of the falls. 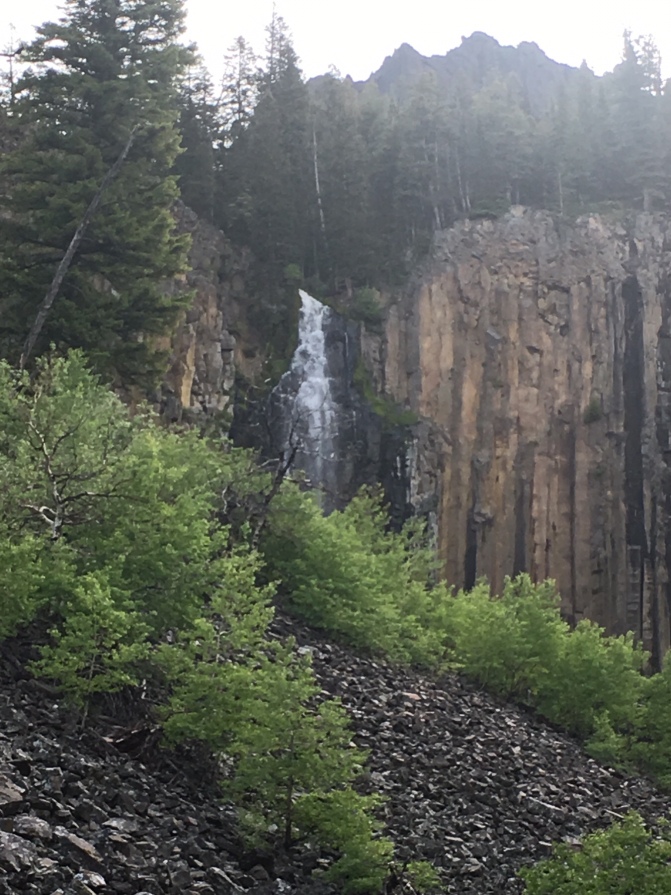 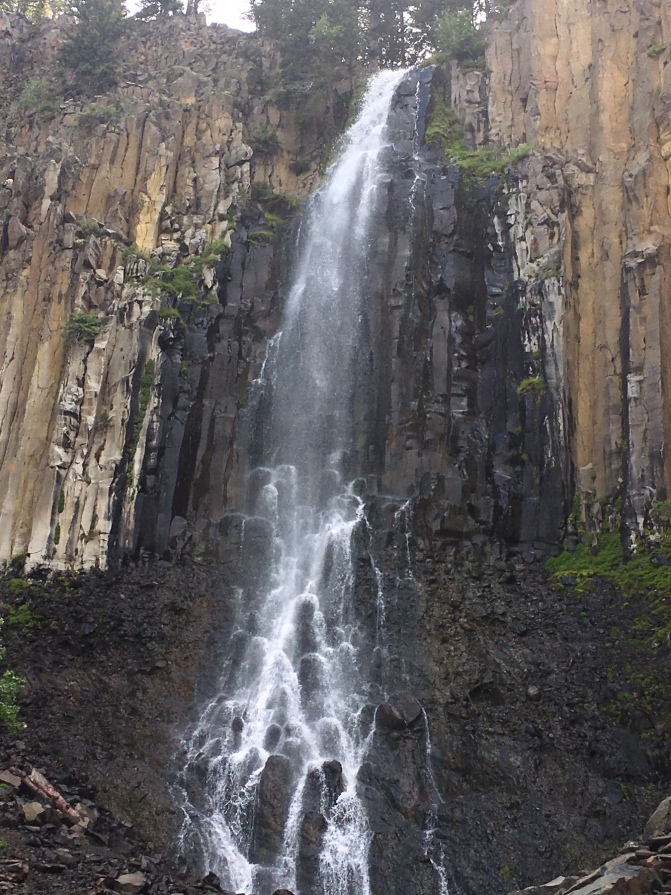 Our journey north and west brought us both up a mountain and under it. We had arrived at Lewis and Clark Caverns in Whitehall, Montana. This is a very deep limestone cave that was discovered way after Lewis and Clark tromped through this part of the state. 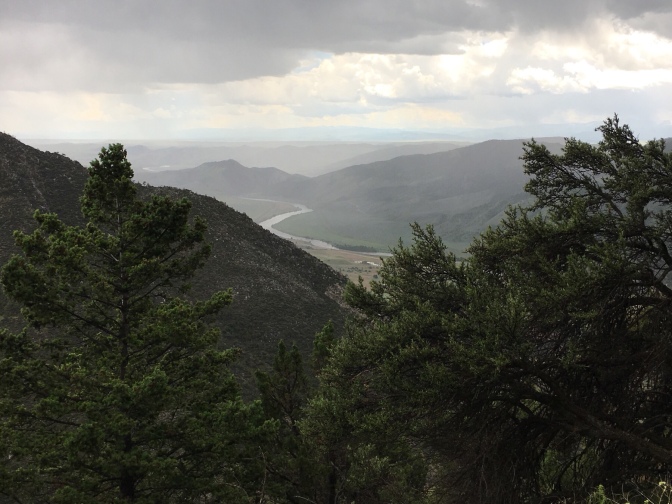 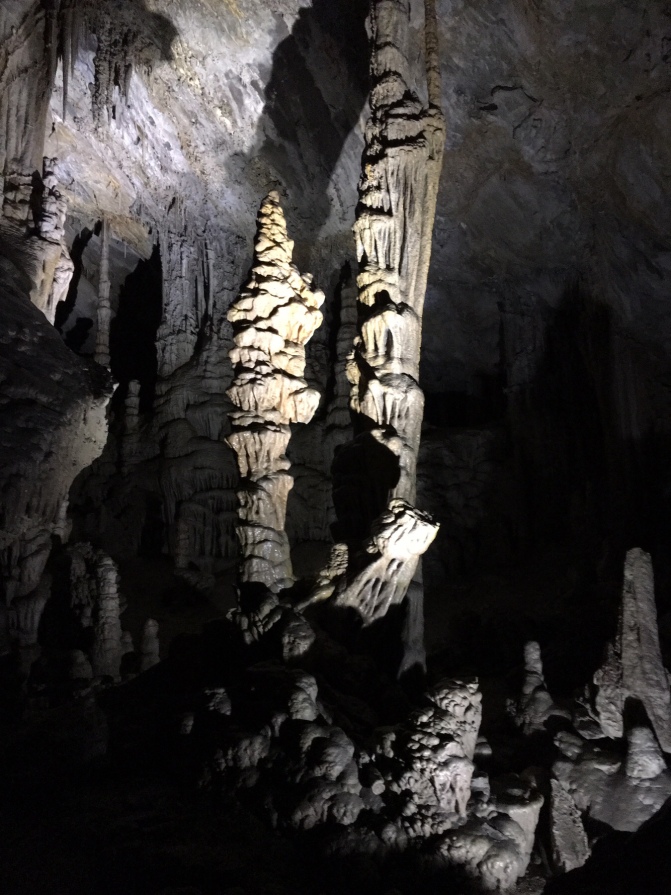 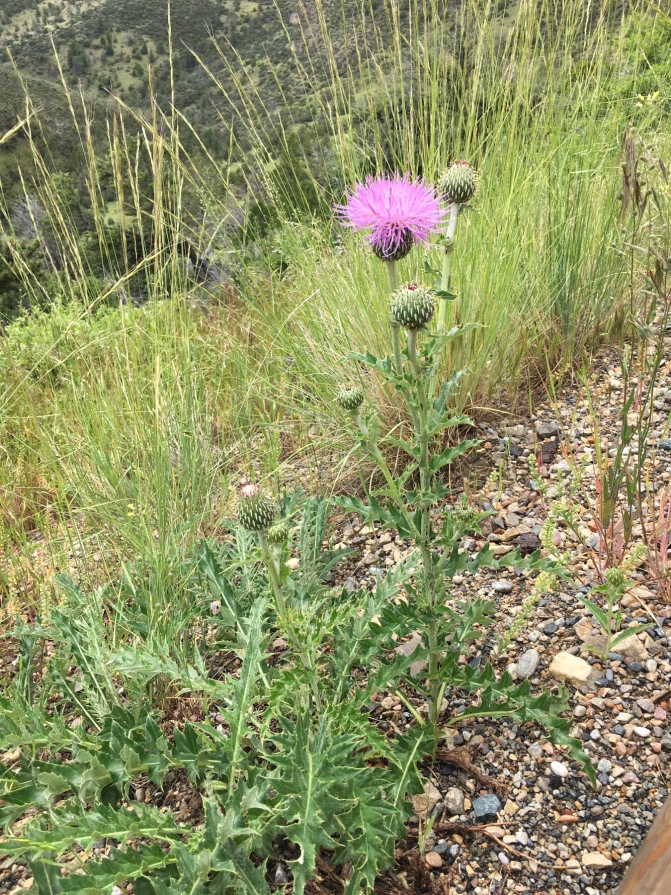 This park in the Highland mountain range offered more than the cavern, there is great hiking, too. We were happy underground; our mile hike to the cave opening treated us to a thunderstorm and some hail. Fortunately it was dry when we left the cavern.

Our next stop was near Butte. This area of Montana is called the Silver Bow.

We went to the town of Arlee which is in Native American territory. There is The Garden of One Thousand Buddhas. This is such a peaceful place set in a location encircled by mountains; the garden is in the shape of a wheel. The statues, plantings and water features all relate to the circle of life. It is lovely, spiritual and calming. 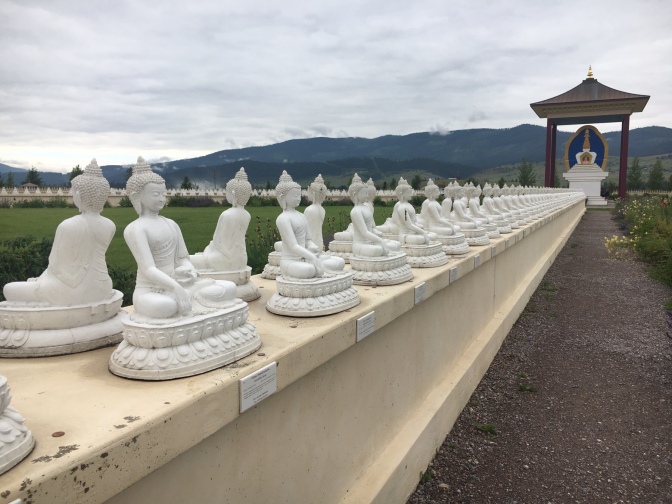 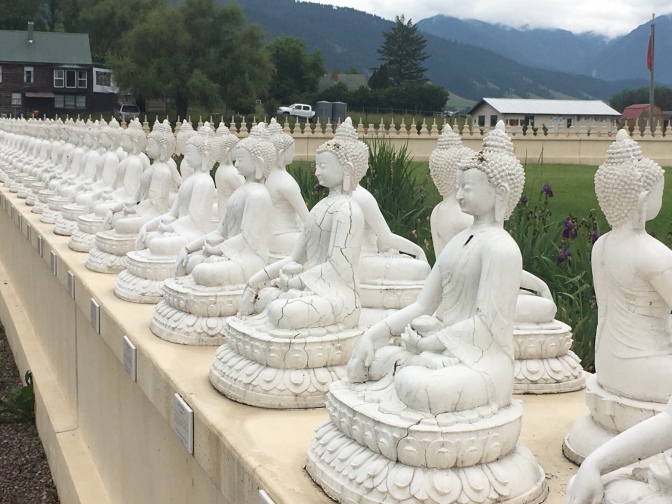 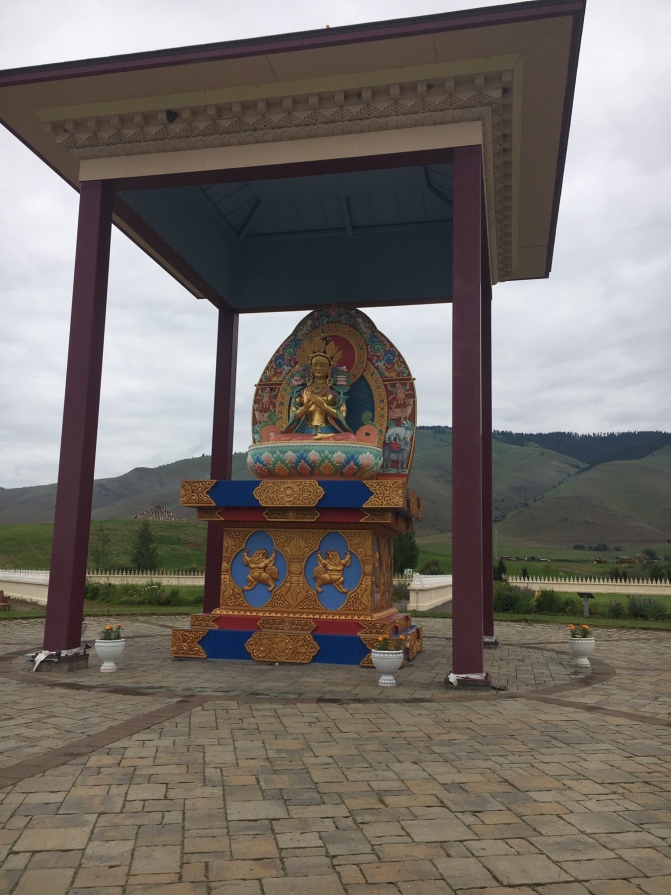 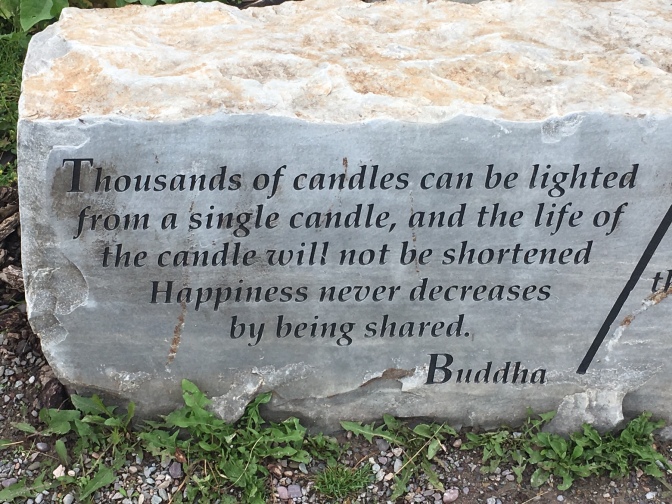 After our Namaste-reflective visit, our adventures continued a little further north and west in a town named Charlo. Here, there is the incredible National Bison Refuge. This refuge was established in 1908 to provide a sanctuary for bison. It is one of the oldest national wildlife refuges. There are anywhere between 300-500 bison. The bison share their land with other wildlife including bears, sheep and deer. We had many sightings of bison, deer, and loads of birds. There is a 14 mile scenic drive that shows off the valley and the Flat Head River. These were all carved out by glaciers thousands of years ago. We were awed by the beauty and the majesty of the American Bison. 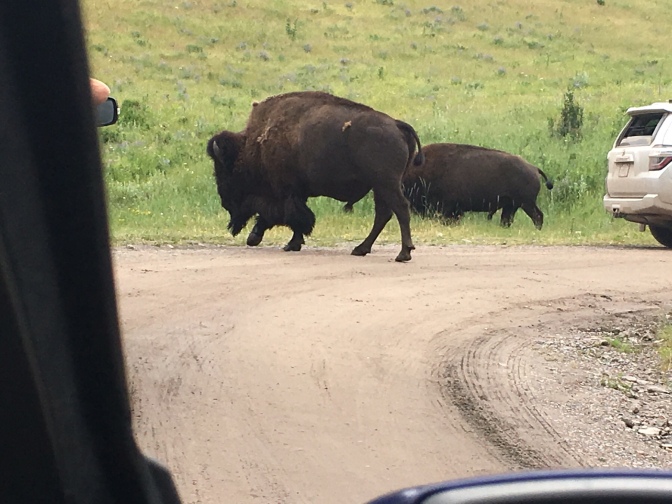 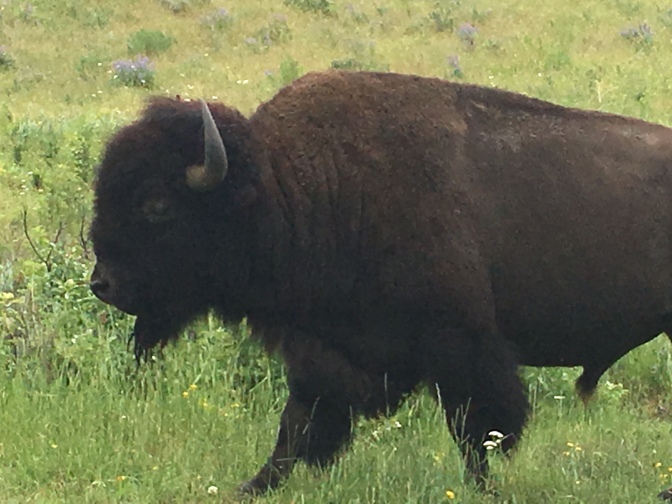 Bison, Buddhas, Butte. Montana has it all.

One thought on “Yes, Montana is filled with mountains and so much more.”