The sun shining, the temperature rising and several parks and kiosks were calling our names. Today was all about relaxing for a while at a park or miradouro and then moving to the next one.

Like Rome, Lisbon was built on seven hills. Fortunately, unlike Rome and more like San Francisco, the city planners developed a series of funicular railways to help get to and from the neighborhoods above the city. We walked up and down the hilly streets but we did take photos of the funiculars.

We began our day in front of the Pharmacia restaurant which is also a museum of medical history. 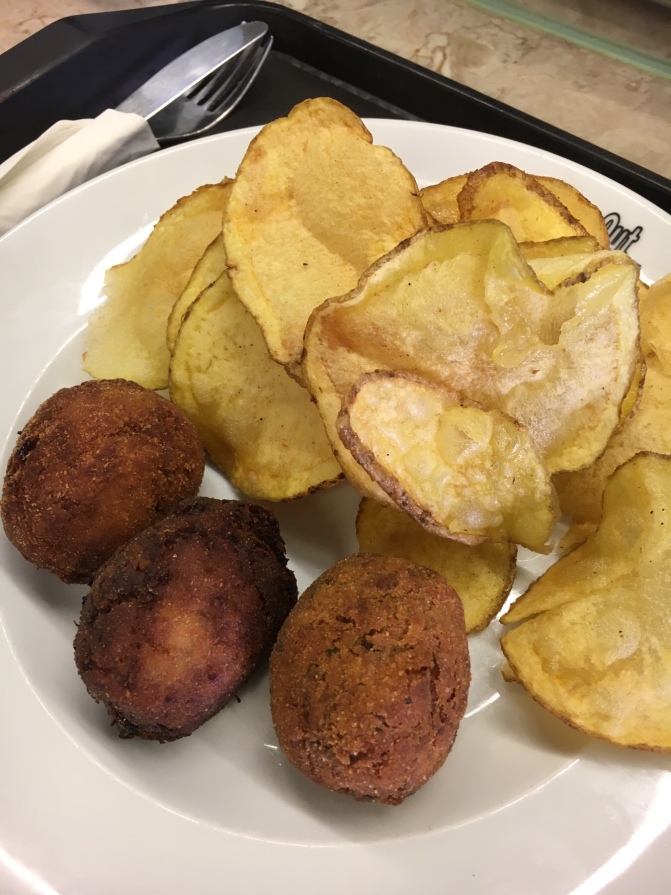 We headed down to the Mercado da Ribeira which is a mix of local fruit, vegetables and flower stalls on one side, and a food hall with a wide selection of restaurants, bars, and prepared foods on the other. We opted for some delicious croquettas (goat cheese & red onion, tuna & tomato and a Portugese sausage & rappini) followed by grilled pulpo and potatoes with olives and garlic.

Next to the Market is a great park where we had some ice cream, listened to an accordion player and people watched.

Lisbon’s first kiosk (quiosque) opened in 1869. The quiosques served wine by the glass, beer and light refreshments. Many closed and were abandoned for decades. In 2009, Lisbon began a program to reopen these refreshment kiosks. The Art Nouveau architecture and the great locations of the kiosks in parks, plazas and at miradouros, has been a great success especially with us. 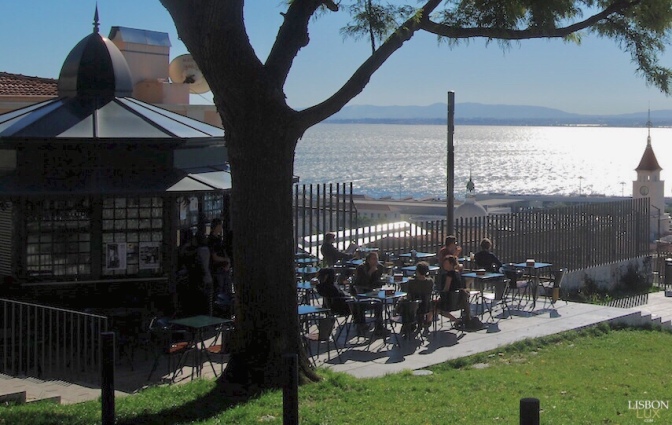 We dined at a fun little restaurant in The Rossio area called Bonjardim. It is famous for it’s chicken and Piri-piri sauce (hot and spicy). The sauce is on the table and you can add it to anything they serve. It was hot and delicious on chicken, shrimp, cod and french fries.

There is so much history here. From the days of Roman rule, Berber pirates and Moorish architecture to new design and a sense of bohemian hipster. One more glass of Douro Branco and maybe tomorrow we will visit some historic buildings.

One thought on “Segunda means Monday, Who has a case of the Segundas?”