A beautiful blue sky to start the morning on another great ride on the Blue Ridge Parkway heading north. We twisted and turned and wound our way past split rail fences, old buildings and interesting towns with fun names. 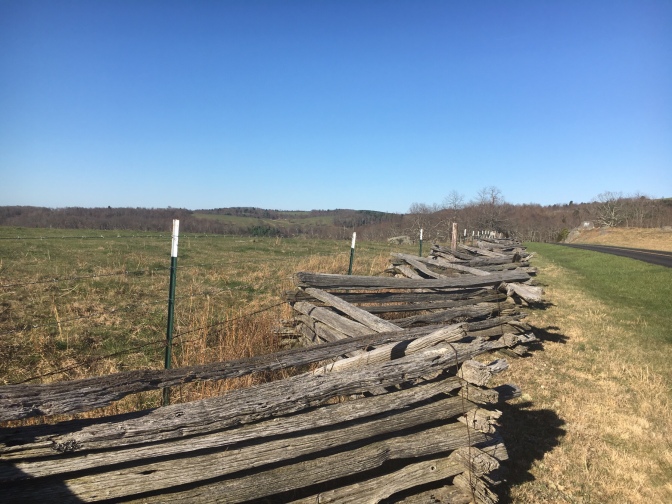 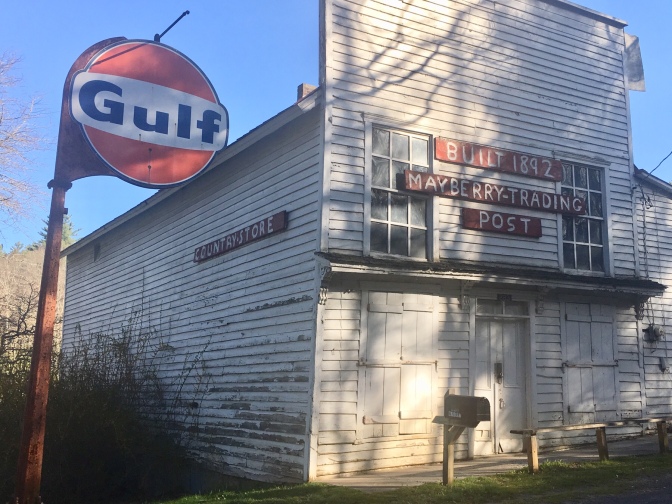 We stopped in Winchester, Virginia to stop driving for a little while and explore the town. Winchester is where George Washington had his office as a surveyor long before he went into the military and politics. 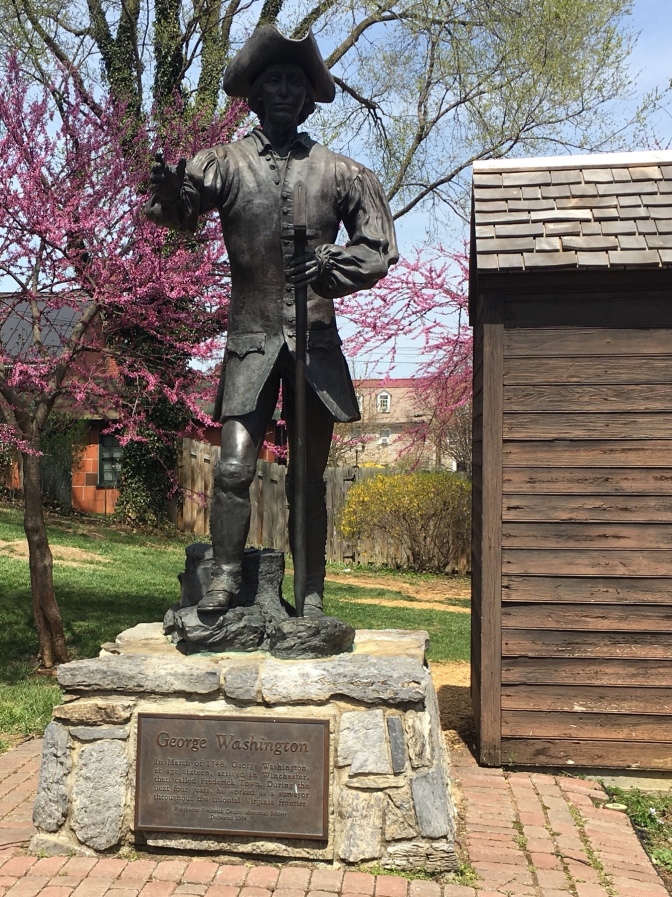 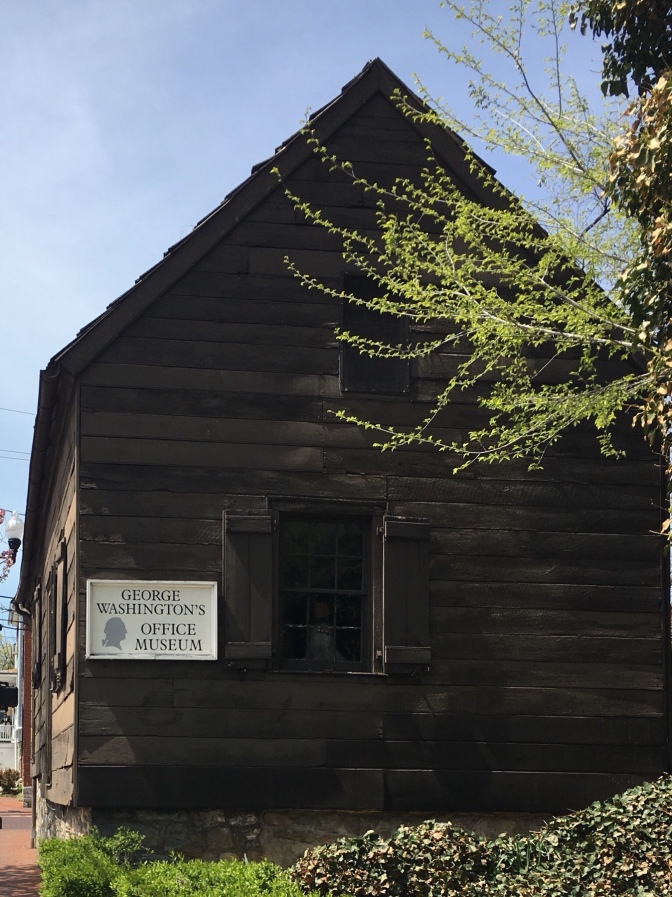 The town is home to the birthplace of Virginia Patterson Cline better known as Patsy Cline. The reason we stopped in Winchester, however, is what it is most famous for, the world’s largest apple. 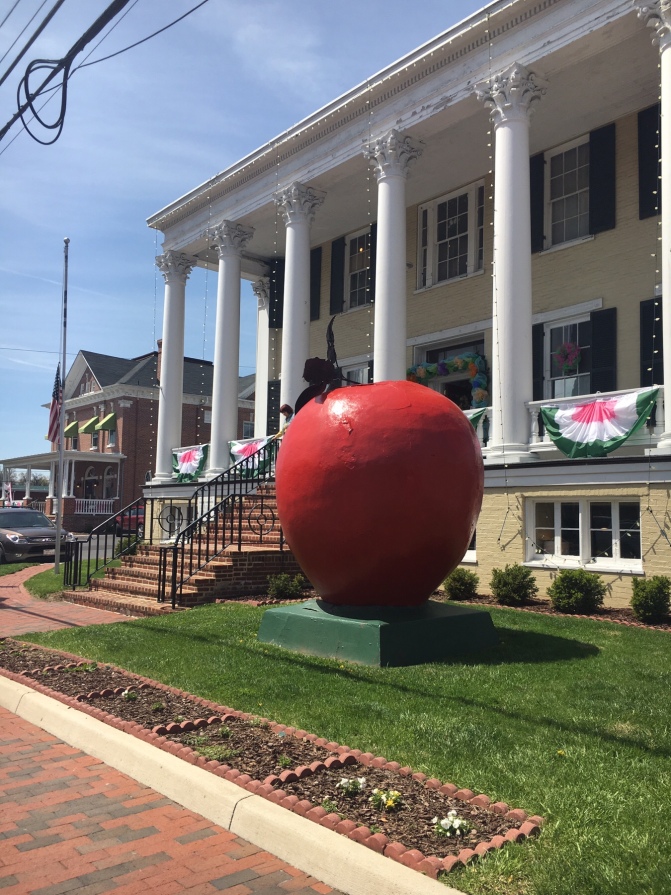 There is a giant red apple in front of an antebellum mansion-turned-clothing boutique. It is big but does not live up to the hype of the world’s largest apple. Legend has it that this large apple was once a float in the apple blossom parade. The 91st Apple Blossom festival and parade are next week, and we do LOVE parades, alas, maybe we will reserve seats for the 92nd festival. We did not see any apple blossoms but we did see some cherry blossoms. 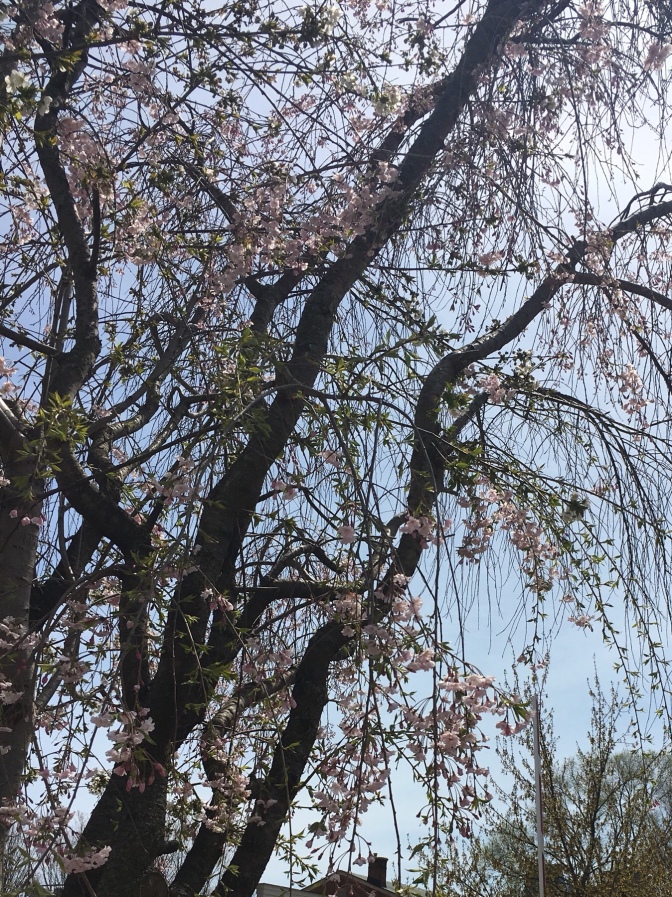 You know you are in farm country when the car parked in front of you has a bale of hay in the back seat. 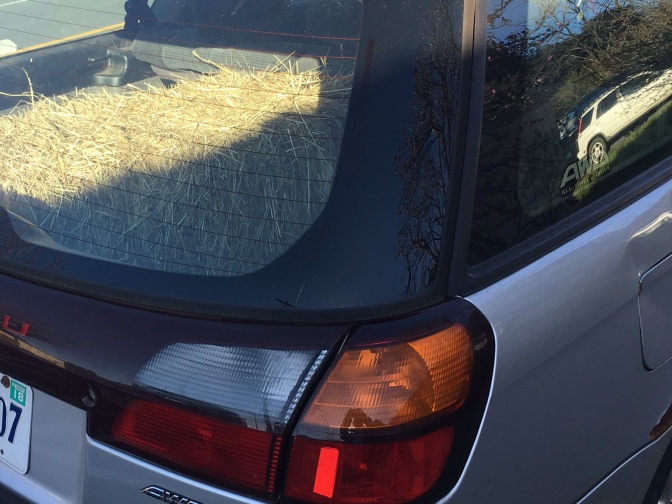 After a stroll around the historic district and along the pedestrian mall, we headed to Baltimore County to spend some quality time with great friends and artists. Check out some of Jane’s work. 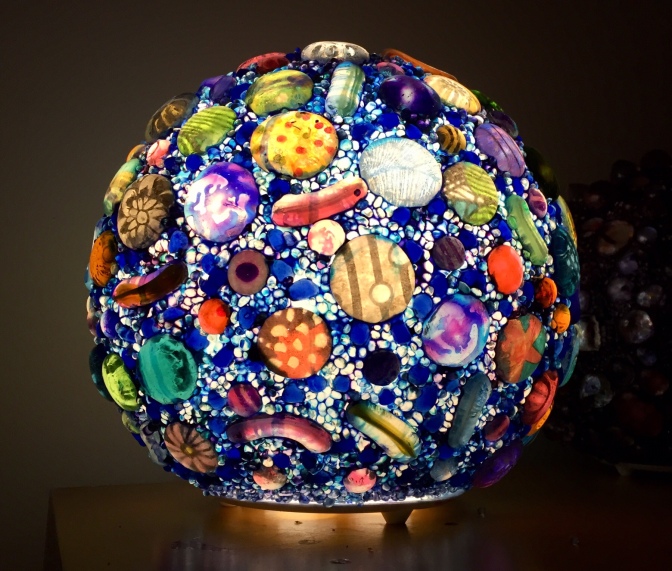 After an informal yet informative “art and artists in Baltimore” conversation, coupled with a spectacular spread for brunch at Diane’s amazing new apartment near MICA, we hugged good friends goodbye and headed to NJ via Pennsylvania Dutch country.

We have stopped whiring (really, what does it mean?…we know!) and will just enjoy some time in the Big Apple this week. 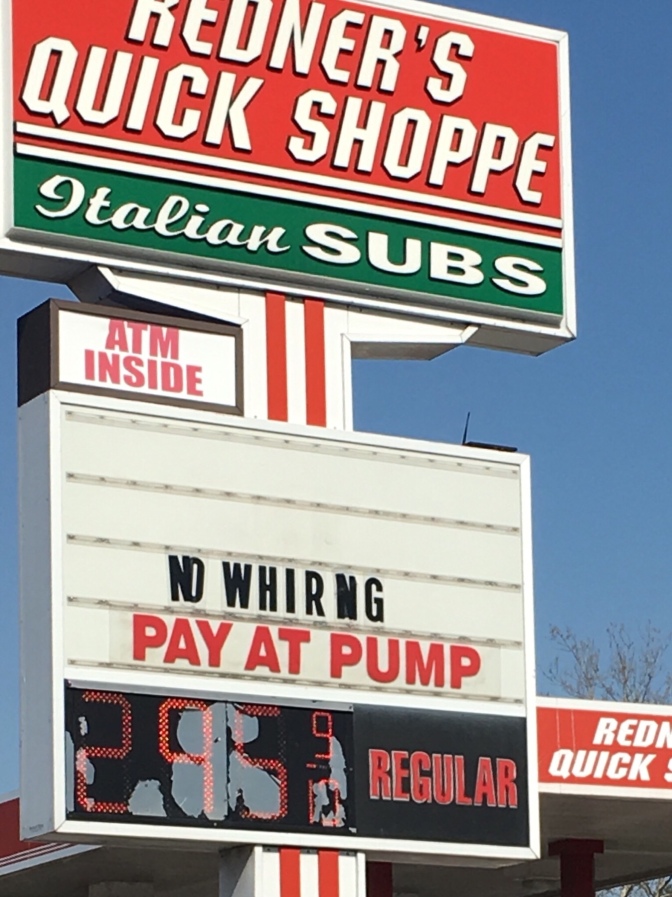