A short 20 minute drive leads you out of the historic district of Savannah and lands you on Tybee Island. On that brief drive there is the opportunity to stop on Cockspur Island and visit Fort Pulaski. (Yes, the same General that the NY Skyway is named for). Pulaski, a Revolutionary War Hero, died in the battle of Savannah. Along with a memorial square in Savannah, the General is also honored with a Fort which was dedicated to him by President Calvin Coolidge.

Once on Tybee Island you immediately  get the feel of a beach community. Every store and restaurant are locally owned, although I did see an Arby’s. All buildings are low rise all the motels are small. There are several artists selling their works, one who turns found items into fish or beach like works of art. 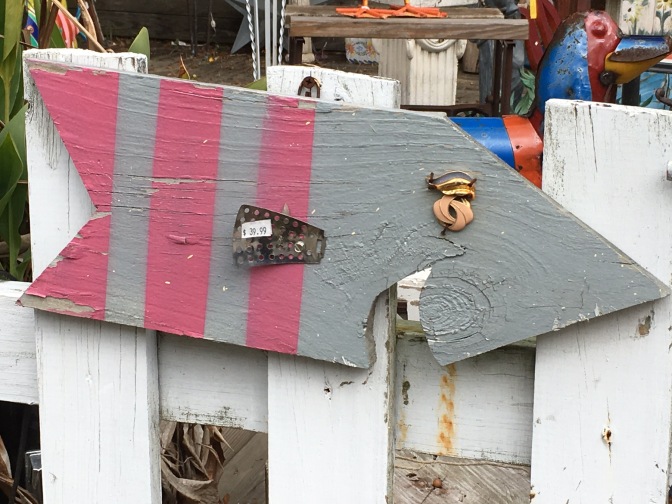 Again, I was drawn to and found the island’s historic light house. It is quaint and lovely and surrounded by several buildings. One now houses it’s museum. It is also protected by Fort Screven. This Fort, named for another Revolutionary War General, James Screven, is now a museum and a Shriners meeting place. 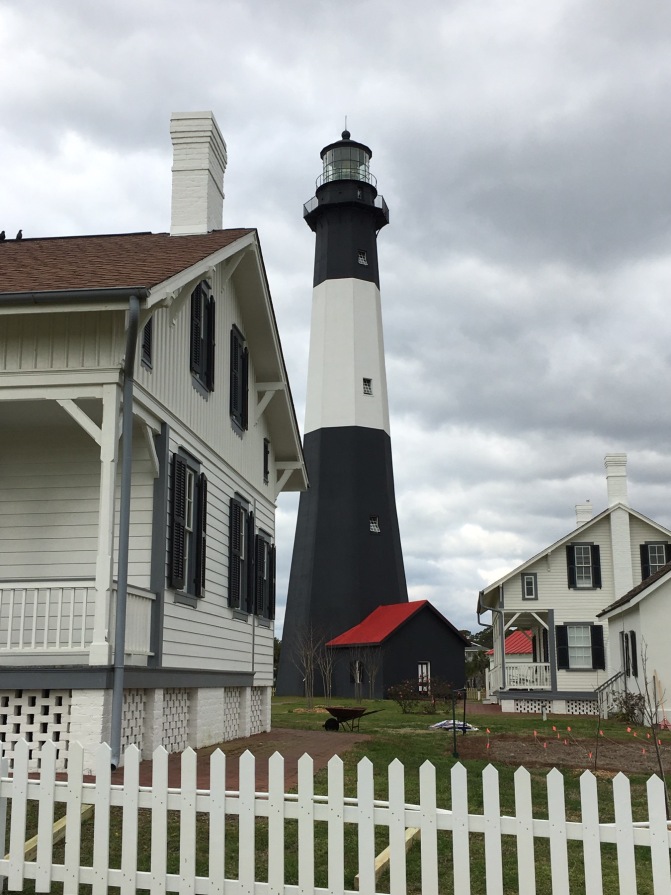 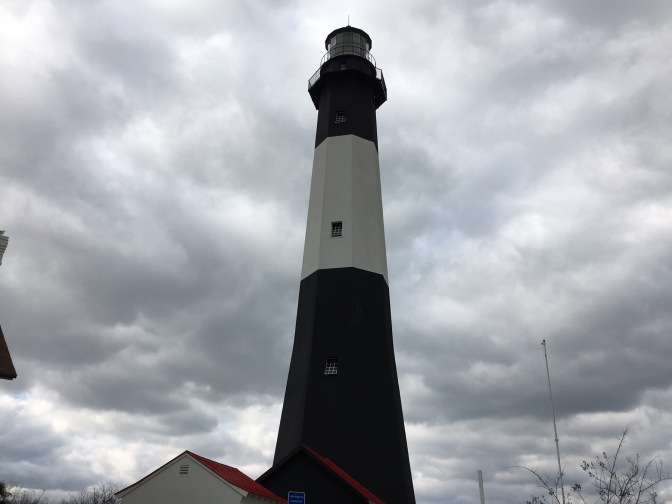 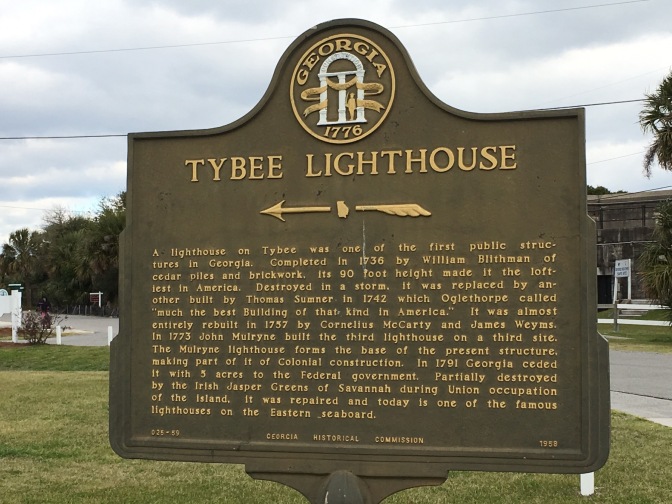 Tybee has huge beaches. They are wide and filled with wonderful shells.(Also, loggerhead turtles enjoy nesting on these beaches.) The waters are calm and the protection of Little Tybee Island makes it a great place to kayak or paddle board. Unfortunately for us it was too cold and windy to attempt either of those options.

After the sugary white beaches of the Gulf, Tybee’s sand is more coarse and not as white. Due to the close proximity of Savannah and it’s port, you also have a view of many container ships as they head out to their next port of call.

There are plenty more beach house names to add to the list. For the fisherman; Reel Close, All Hooked Up, for the attorney/judge; Brief Escape, M’Ocean Granted for the golfer; Sand Trap. Also fun are Tides Inn, Tidebee Tybee, Lazy Daze, and Dune Not Disturb.

We stopped to take a lunch break in Waycross, GA. At first glance, the town looked almost empty. The buildings are well preserved, just not a lot of foot or car traffic. We found out that the town’s streets  are layed out like a Maltese Cross. It is part of the symbol of the Plant System Railroad.  Now the town is home to the largest CSX Railroad computerized rail yard. We ate at the Plant Cafe. Our lunches were wonderful and they came with homemade pickles that were delicious. 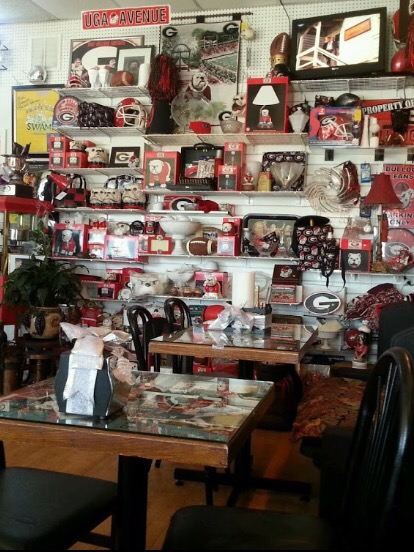 It turns out Burt Renyolds was born here and The Great Okefenokee Swamp is here, too. It is the largest intact, freshwater and black water wilderness swamp in North America. Too many alligators for us! Instead we continued to Boston, GA. I wanted to hear the accent. We stopped at the Dillion Candy Company store.

I know we were in Georgia, and I expected pecans, peanuts maybe even peaches and chocolate of course. Yes all that and very high quality. The sales force was polite and helpful, however, their speech was not the Boston, MA accent I am accustomed to.  We laughed eating our southern sweets with our newfound Georgian-Boston accent.