We stayed on the smaller coastal roads heading into South Carolina, however, I had never experienced South of the Border.  A brief change in course and we stopped at this iconic family run rest stop complex. It was worth the stop to appreciate the kitsch as South Carolina welcomed us! 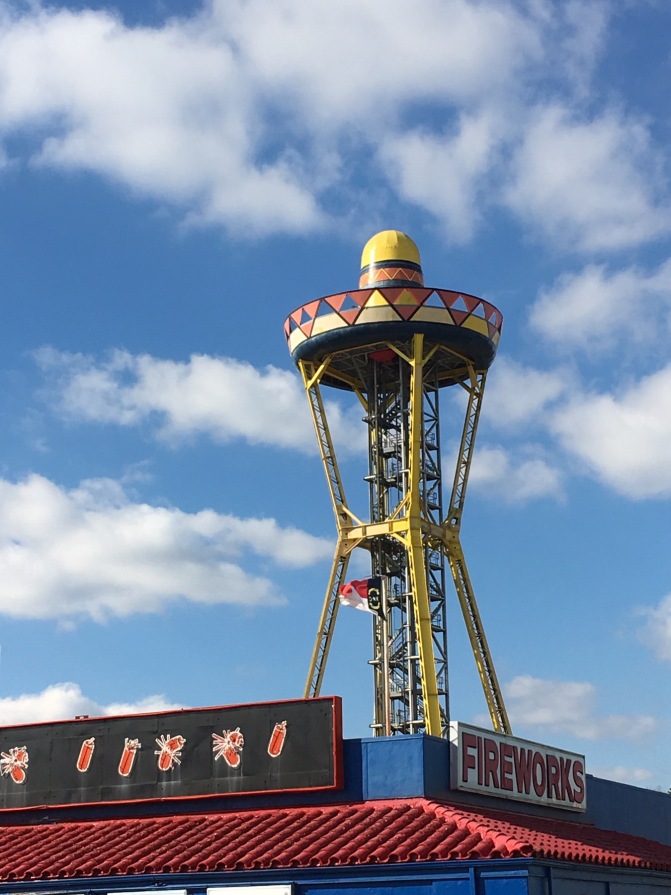 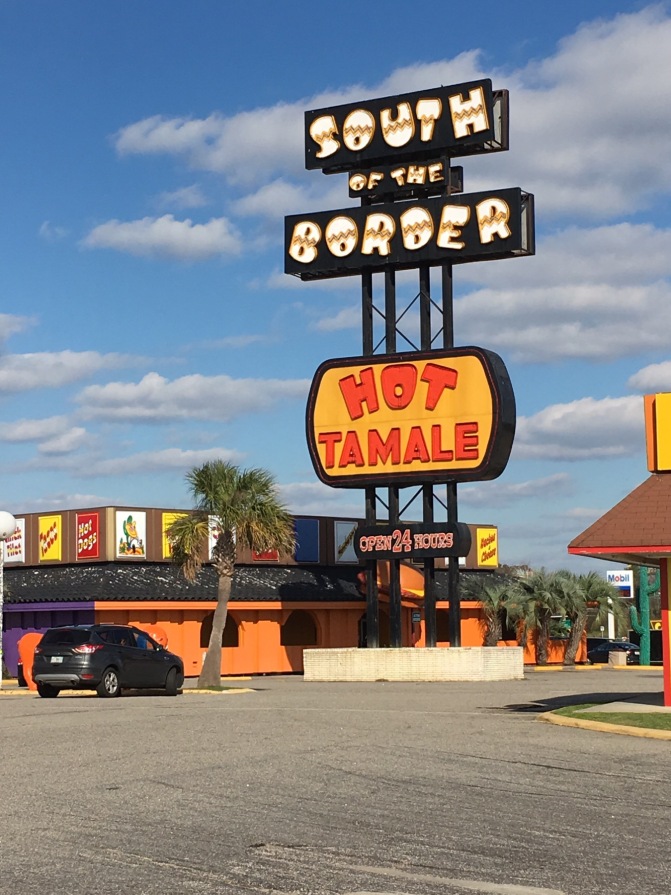 We returned to the smaller roadways and stopped at a very local diner for lunch. Classic rock blared as a backdrop to a single waitress in a Star Wars T-shirt handling every customer like a pro.

Beaufort in SC is pronounced like “beau-tiful” not “bow”; it is the opposite in NC. We were informed it has something to do with French verses British pronunciation. The historic district is on the water and charming. The Beaufort Inn, our hotel, is lovely and walking distance to the waterfront, shopping and restaurants. Afternoon snacks of sweet tea, pecan pie bites and strawberry cake with champagne frosting were offered and accepted!

Our plan to bike to the Sea Islands, only 16 miles from our hotel, was thwarted due to cold and windy weather. Instead, we drove to Hunting Island which is almost the final island in the chain of lowcountry Sea Islands, connected by a series of bridges. It has the only beach on the East Coast where palm trees grow right down to the water’s edge. Once again, we felt lucky to have the beach all to ourselves. There are hiking paths, a lighthouse (with 167 steps), a nature preserve and pier which offers fishing opportunities and wonderful views. The entire island is a combination of swamp and marsh that gives the impression of a prehistoric jungle. It has been the movie backdrop for the Vietnam scenes in Forrest Gump and also scenes in Jungle Book and G.I. Jane. 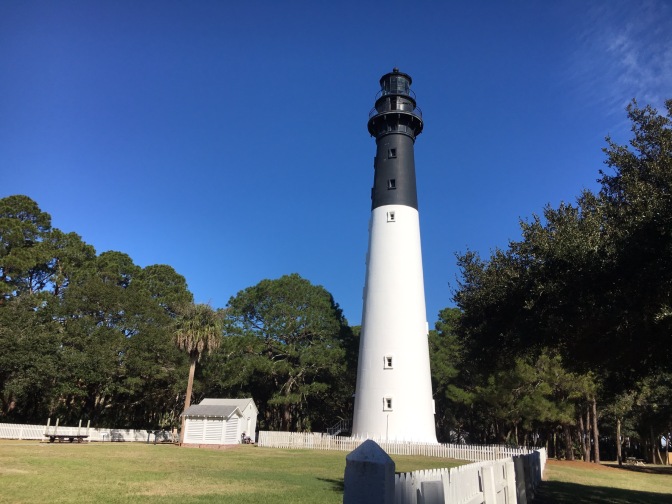 An important and unique part of American history can still be glimpsed in this area. This is the traditional home of the Gullah Geechee people, who spoke an African language and practically ran the rice, indigo and sea cotton plantations that populated the swamps and islands of the lowcountry, for which Europeans had little experience. They are the descendants of slaves mostly from Angola, today’s Sierra Leone. The Gullah have their own arts and crafts, which are still sold along the roadsides today.  The most notable are the sea-grass baskets they weave, beautiful and durable, as well as colorful paintings of everyday life. 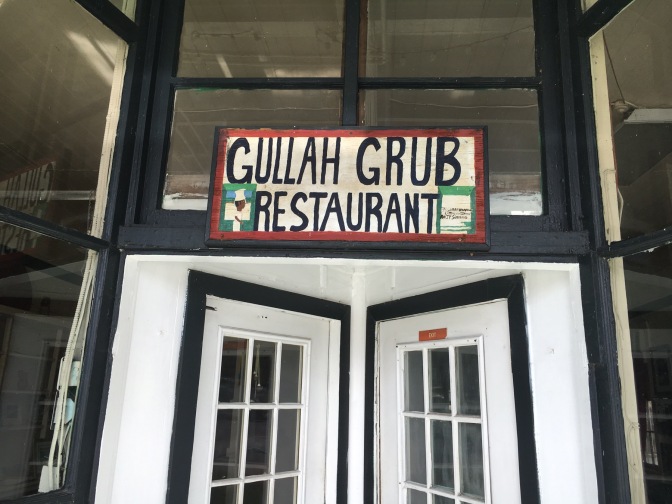 On St. Helena Island is the Penn School and Center, which was established after the Civil War to help emancipated slaves learn to read, write and flourish as free men and women. As the times changed, the center also acted as a headquarters for community service and education. It is believed MLK composed several of his famous civil rights speeches while staying at the Penn Center. The Center still operates today and includes a museum.

At lunch we enjoyed  some local shrimp and fried okra and a special chocolate and Coca-Cola cake for dessert.

The town has some nice galleries with local artwork, an active synagogue which was built in the early 1800’s,

and several historic buildings including a home of a wealthy landowner John Mark Verdier. A tour of this home, which is still in the process of being restored gave us an interesting perspective of this family’s life in the mid 1800s. The home also had additional exhibits; Pat Conroy, the local author of several books including The Great Santini, a Civil War exhibit with a diorama of the town, some interesting facts about Robert Smalls and the “northern occupation”.  Our sightseeing continued  with a walk along the river. We stopped to watch the sunset and loved the swings looking out at the water. 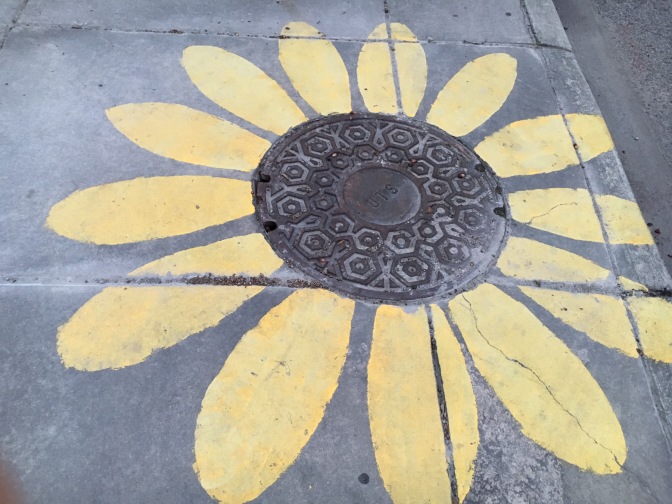